The Aerospace Corp. is calling for U.S. government agencies to work together to develop space solar power technologies in a paper that underscores the importance of collaborating with international partners.
SpaceNews 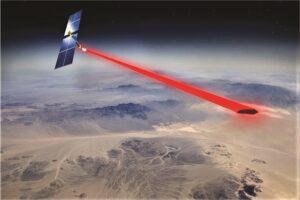 SAN FRANCISCO – The Aerospace Corp. is calling for the U.S. government to work with industry and international partners to develop space solar power technologies.

The concept of space solar power “evolved over a very long time and is probably a couple of generations away from being hooked into the terrestrial power grid,” James Vedda, senior policy analyst in the Aerospace Corp. Center for Space Policy and Strategy, said during an Oct. 27 media briefing.

Still, the United States should recognize “that we’re not the only ones in the world who are looking at this” and “think about the kind of benefits that will fall to those who master the technology of wireless transmission of huge amounts of power over long distances,” Vedda said.

Many other countries are “actively pursuing space solar power technologies,” said Karen Jones, senior project leader and technology strategist in the Center for Space Policy and Strategy, who co-authored with Vedda, “Space-Based Solar Power: a Near-Term Investment Decision,” published Oct. 2. “If this is possible, it will have dramatic implications for all sectors of space activity and possibly terrestrial energy infrastructure here on Earth.”

To prepare to harness space solar power, the United States will need to devote funding to the effort and manage resources “to avoid redundancies and to address some gaps,” Jones said.

Initially, power beamed from space is likely to be harnessed by drones, internet-of-things devices and charging stations for electric vehicles.

“One of the things to keep in mind when you think about space solar power is not to assume it will compete directly with utility-scale solar power here on Earth,” Jones said.

The Defense Department is eager to explore applications like beaming power to overseas bases, Jones said.

“A study 10 years ago noted that deaths from improvised explosive devices from insurgent groups caused two thirds of coalition deaths in Iraq and Afghanistan,” Jones said. “Many of those deaths were related to fuel transportation activities. If we could power-beam to these forward deployment basins, we could possibly save a lot of lives.”

To harness space solar power, government agencies working with companies would need to develop modular spacecraft that could be assembled in orbit, Vedda said. Then, the technology could be tested from “start to finish on a small scale to prove we can actually do this transmission,” he added.

If small-scale testing succeeds, the next step would be to “scale that up to industrial size to where the economics makes sense,” Vedda said.

In terms of international interest, the Japan Aerospace Exploration Agency has invested steadily in space solar power since the late 1990s, according to the Aerospace paper on space solar power, which is part of the federally funded research and development center’s Space Agenda 2021 series of reports on national space policy and strategy.

The United States has only invested “a couple of million dollars here and there” in space solar power, Jones said. “Our paper calls for a much more coordinated and consistent investment plan to attract partners from the private sector, and to also reach out to international partners to better analyze and coordinate our activities for this important type of research.”

In the United States, the Naval Research Laboratory (NRL) has taken the lead. In May, NRL launched a space solar power experiment on the U.S. Air Force’s X-37B Orbital Test Vehicle-6.