As the combined mass of satellites in orbit climbs, research is needed to better understand the environmental impact of the portions of satellites and their launch vehicles that eventually reenter Earth’s atmosphere.
SpaceNews 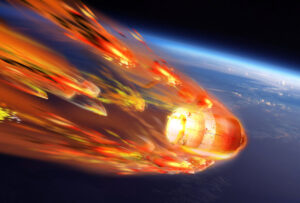 SAN FRANCISCO – As the combined mass of satellites in orbit climbs, research is needed to better understand the environmental impact of the portions of satellites and launch vehicles that eventually reenter Earth’s atmosphere, according to an Aerospace Corp. poster presented at the virtual American Geophysical Union fall meeting.

The Aerospace Corp. included a model of the total future mass of satellites in orbit based on the Federal Communications Commission filings and press releases, including constellations proposed by Boeing, AST&Science, Kuiper, Mangata, o3b, Telesat, Viasat, OneWeb and Theia in the poster, Environmental Impact of Satellites from Launch to Deorbit and the Green New Deal for the Space Enterprise.

If all those constellations materialize, the annual mass of satellites reentering Earth’s atmosphere eventually could rise from a current level of roughly 0.1 gigaton to between 0.8 and 3.2 gigatons. Launch vehicles reentries could account for another gigaton per year.

Researchers estimated that 60% of rocket bodies and 60 to 90% of satellite mass burns up during atmospheric reentry. Aluminum is likely to be one of the most common materials to burn up during reentry, according to the poster by Lee Organski, Cayman Barber, Shawn Barkfelt, Madison Hobbs, Roy Nakagawa, Martin Ross and William Ailor.

Much attention is paid to satellite and rocket components that survive reentry and reach the ground. Little is known, however, about atmospheric pollution caused by sub-micron particles that remain in the atmosphere.

Reentering satellite particulates could warm Earth’s atmosphere but “without precise modeling the exact extent is unknown,” according to the poster. In addition, reentering space debris could contribute to the depletion of Earth’s ozone, the poster warned.

“It is concluded that the marked increase in these pollutants calls for the close tracking of mass flux, further research on the particulate distribution and radiative forcing, general research into reentry physics, and a study of possible solutions to mitigate the issue,” according to the poster.