British satellite operator Avanti has no plans to relist on public markets anytime soon,  focusing instead on streamlining costs while finding customers for its underutilized fleet of three satellites and two payloads.
SpaceNews 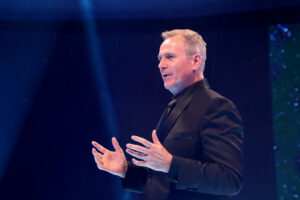 WASHINGTON — British satellite operator Avanti has no plans to relist on public markets anytime soon, focusing instead on streamlining costs while finding customers for its underutilized fleet of three satellites and two payloads.

Avanti removed itself from the London Stock Exchange in September 2019, saying the regulatory costs outweighed the benefits of being a publicly traded company.

Avanti was beginning to execute a new business strategy that focused on selling satellite capacity to other operators and the U.S. government instead of consumer broadband customers, a shift that was beginning to turn around five years of declining revenues.

In an interview, Avanti CEO Kyle Whitehill said that the company has cut operating costs by shedding 25% of staff since delisting, reducing the company to 240 employees.

“We still have a great business with significantly less people,” Whitehill told SpaceNews. “We had a lot of people deployed against hoping we could generate revenue in some areas, rather than putting our people into where we are generating revenue.”

Whitehill said the lower headcount, coupled with renegotiated equipment contracts, enabled the company to lower capacity prices and compete more effectively across its primary markets of Africa, Europe and the Middle East.

Avanti is now focused on increasing the fill rate on its Ka-band fleet of five satellites from 48% to around 70-80%, Whitehill said, which would be comparable to the fill rates of leading fleet operators Intelsat, SES, and Eutelsat.

Avanti’s fleet-wide fill rate has lagged behind industry norms, despite its oldest offerings being fully booked. Over the past year, Avanti increased its fleet utilization rate by courting mobile network operators in South Africa, Sudan, Nigeria, Ghana and Kenya that use the company’s satellites to backhaul cellular data in lieu of fiber transport, Whitehill said. Avanti also increased its focus on selling to the U.S. military, he said, working with Florida-based Comsat to make inroads into the defense sector.

Avanti is leasing all the capacity on its Hylas-1 satellite and its Hylas-2B payload to customers Whitehill declined to name.

The company is refocusing Hylas-2 on the Middle East, and using its largest satellite, Hylas-4, for connectivity services across Africa, he said.

Avanti’s newest capacity comes from Hylas-3, a hosted payload with eight steerable beams that launched in mid-2019 as part of Airbus and the European Space Agency’s EDRS-C satellite. Whitehill said the beams are pointed over the Middle East, but that Avanti has yet to start service with them because the coronavirus pandemic has prevented the company from traveling to the region.

Whitehill declined to state Avanti’s total revenue, but said capacity sales doubled from 2018 to 2019, reaching $62 million. Avanti’s goal is to generate $100 million in annual revenue from capacity sales in 2021 or 2022, he said.

“If we can do that, and get our capacity utilization to industry norm, say around 70 or 80 percent, then we would get to the $100 million range,” he said. “We would then turn our attention to what our next phase looks like.”

That next phase would likely involve small geostationary satellites around 300 kilograms — not unlike the approach favored by GapSat and Astranis — that would be significantly cheaper and faster to build than traditional multi-ton satellites.

Operators pursuing small GEO satellites plan to use them for niche applications where they only need coverage over an area the size of a country or state. A typical multiton GEO satellite can cover up to a third of the planet.

Whitehill said Avanti hasn’t discussed small GEOs with manufacturers yet, but is looking to spend $50 million to $60 million on a satellite that can be ready to launch in 12 to 18 months from contract signing.

“The next phase of growth would have to be where we have a compelling business case around much smaller satellites,” he said. “We don’t need to go through a four-year, $400 million journey to launch another satellite.”

Whitehill said he is fond of the idea of manifesting a small GEO as a rideshare on a larger rocket as a means to keep launch costs low.