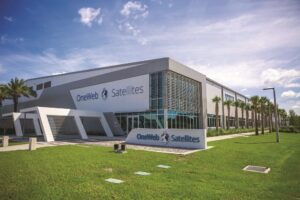 The Space Development Agency on Oct. 5 awarded SpaceX a $149 million contract and L3Harris a $193.5 million contract to each build four satellites to detect and track ballistic and hypersonic missiles. These eight satellites are known as Tracking Layer Tranche 0.

Airbus U.S. Space and Defense filed its protest Oct. 28. Raytheon’s protest was filed Nov. 3. The Government Accountability Office has until February 11, 2021 to issue a decision.

An Airbus spokesperson said the “post-award debrief review identified concerns about the government’s evaluation process, and as a result, we have filed a protest with the U.S. Government Accountability Office.”

A Raytheon spokesperson said the company could not comment on the protest.

A Space Development Agency spokesperson said the agency is “working with the GAO to achieve fast, accurate and equitable resolution to the protests received from Airbus and Raytheon on the agency’s Tracking Tranche 0 contracts.”

It’s not clear what impact these protests could have on the Tracking Layer Tranche 0 schedule. SDA’s goal is to launch the eight satellites in fall 2022. Until the protest is settled neither L3Harris nor SpaceX can move forward with the work.

The SDA spokesperson said the agency is “committed to full and open competition whenever practicable and the agency understands protests are a potential and not uncommon part of that process. A stop work order has been issued to the two Tracking Tranche 0 performers as a matter of standard practice.”