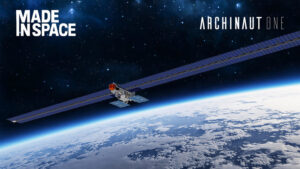 “Al is a respected aerospace thought leader and executive with a proven track record in maturing satellite and space systems programs for exploration and commercial benefits while also driving revenue growth,” Andrew Rush, Redwire chief operating officer, said in a statement. “By integrating civil space and national security interests, prioritizing our customer’s mission objectives and advancing our cutting-edge technologies, Al’s leadership will position the company as a global leader in space infrastructure solutions.”

“Redwire is in a growth mode and we’re looking to bring our flight experience and innovative approaches to bear to deliver even greater value and capability for our customers,” Rush said by email. Bringing Al Tadros on board is a strategic hire that builds momentum and positions us to better serve our customers. Redwire will be taking additional steps to strategically grow the management team as we move forward.”

Tadros’ role will be to “advance development, increase adoption and build momentum for Redwire’s mission-enabling capabilities within civil, defense and commercial space sectors,” according to the Aug. 25 news release. In addition, Tadros, who will report directly to Rush, will “lead Redwire’s long-term growth strategy and business development activities,” the release added.

Tadros has worked at Maxar and its predecessors Space Systems Loral and Ford Aerospace since 1990. In recent years, “he led the expansion of Maxar’s satellite business among civil and commercial space customer segments,” according to the release, which also notes Maxar’s success in winning a $375 million contract to develop a solar electric propulsion spacecraft for NASA’s lunar Gateway.