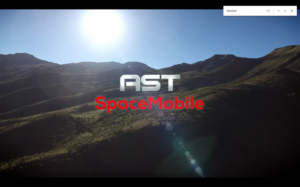 In what is becoming a trend in the industry, AST & Science is merging its business with New Providence Acquisition Corp. as it prepares to trade on the Nasdaq exchange in the first quarter of 2021 under the ticker symbol ASTS.

The transaction is intended to raise money for the company’s campaign to build a space-based cellular broadband network capable of linking standard mobile phones.

As part of the transaction, AST & Science also is rebranding itself as AST SpaceMobile. AST SpaceMobile expects to garner as much as $462 million through the transaction, including up to $232 million in cash from New Providence Acquisition Corp. and an additional $230 million from investors including Rakuten, Vodaphone, American Tower and UBS O’Conner, who have agreed to purchase common stock at $10 per share, through a private investment in public equity agreement.

Abel Avellan, AST SpaceMobile chairman and CEO, will continue to lead the business post-transaction, according to the news release.

“AST SpaceMobile’s low latency, space-based platform will allow hundreds of millions of people across the world to access high-speed, cellular broadband service in areas where there was previously no such service,” Avellan said in a statement. “Working directly with our strategic partners, we are on track in executing on phase one of our commercial launch as we set the stage to bring our game-changing space network for global mobile connectivity.”

New Providence Chairman Alex Coleman said in a statement he sees AST SpaceMobile as a “pioneering company with revolutionary technology, access to a built-in customer base, and a flexible and scalable business model that addresses one of the largest challenges to global connectivity.”