Aurora Insight, a Denver startup that gathers data on terrestrial and satellite communications, plans to launch the first of two cubesats on the SpaceX Falcon 9 rideshare mission scheduled for liftoff Jan. 21.
SpaceNews 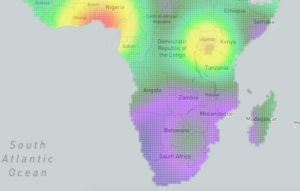 SAN FRANCISCO – Aurora Insight, a Denver startup that gathers data on terrestrial and satellite communications, plans to launch the first of two cubesats on the SpaceX Falcon 9 rideshare mission scheduled for liftoff Jan. 21.

“We deploy sensors at fixed sites like on buildings and in vehicles, on aircraft and on satellites,” Aurora Insight CEO Jennifer Alvarez told SpaceNews. “We continually take trillions of measurements that we process in the cloud. From this, we produce valuable information on RF spectrum and the networks that rely on it.”

Founded in 2016, Aurora Insight launched its first satellite in 2018, a technology demonstration to determine how well the firms proprietary sensor could detect terrestrial communications.

“For cellular base stations like LTE, antennas are tilted toward the ground to maximize signal usage and coverage,” Alvarez said. “The key challenge is receiving sufficient signal in space to sense the RF signal and provide analytics.”

When that initial technology demonstration was successful, Aurora Insight hired NanoAvionics to build Bravo and Charlie. Bravo was expected to launch first but is now scheduled for launch in a couple of months.

“Our Bravo and Charlie satellites have significantly more capabilities” than the first satellite, Alvarez said. “They will unlock new information about the wireless spectrum and the networks that rely on it.”

Aurora Insight plans to establish a constellation of 12 satellites to provide global coverage.

“We’re targeting having that global reach and being able to reach hard-to-monitor places like developing nations,” Alvarez said.

In addition to building the satellites based on its standard M6P bus, NanoAvionics was hired to provide launch and satellite operations.

NanoAvoinics and Aurora Insight began working together in January 2020.

Aurora Insight executives made one trip to NanoAvionics headquarters in Lithuania, before the COVID-19 pandemic halted travel.

Still, the companies were able to work remotely to integrate the Aurora Insight payload with the NanoAvionics bus.

“It has been seamless,” Alvarez said.