BAE Systems announced on Feb. 17 that it won a $247 million contract to design and manufacture advanced GPS receivers.
SpaceNews 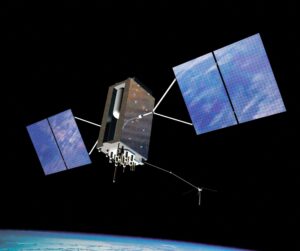 WASHINGTON — BAE Systems announced on Feb. 17 that it won the largest share of a $552 million deal the Space Force awarded to three companies in November to design and manufacture advanced GPS receivers that provide positioning, navigation and timing to U.S. military forces.

The Space Force’s Space and Missile Systems Center is buying new military GPS receivers that are smaller, lighter and will allow the military to use a jam-resistant GPS signal known as M-code, or military code. The Space Force selected three suppliers — Raytheon, L3Harris and BAE Systems — to develop these receivers. BAE Systems’ share of the $552 million deal is $247 million.

The new procurement of hardware — known as Military GPS User Equipment Increment 2 Miniature Serial Interface — could be worth billions of dollars over the coming decade as the military services replace legacy GPS receivers with M-code variants in systems like precision-guided munitions and handheld devices.

BAE Systems is positioning to become a dominant supplier of M-code receivers following the $1.9 billion acquisition of the Collins Aerospace military GPS division that was previously owned by United Technologies Corp. UTC had to sell Collins’ GPS business in order to clear the antitrust regulatory requirements of its merger with Raytheon.

Because Raytheon already owned a GPS business, it had to divest Collins to satisfy regulators’ concerns about horizontal integration of GPS user equipment suppliers. BAE’s acquisition of Collins was completed July 31.

BAE Systems plan to expand Collins’ former GPS headquarters in Cedar Rapids, Iowa, where the company — previously known as Rockwell Collins —  has been a supplier of military GPS receivers since the 1970s. Rockwell Collins in 1977 introduced the first GPS receiver — a massive device nicknamed “two seater” because it looked like the front compartment of a car.

The contracts the Space Force awarded in November to the three suppliers is for the certification of an application-specific integrated circuit known as ASIC, and the development of an ultra-small, low-power GPS module. BAE Systems said it plans to hire more engineers to support this program.

The $247 million contract will allow the company to further develop M-code technology for use in GPS receivers across many platforms, said Greg Wild, director of navigation and sensor systems at BAE Systems. He said prototypes of M-code receivers are being developed for aircraft, ground vehicles and precision-guided munitions.

The Defense Department for years has been criticized for delays in the delivery of M-code receivers. The new GPS 3 satellites made by Lockheed Martin broadcast the M-code signal but taking advantage of this technology requires upgraded control systems on the ground and equipment that can receive it.

The Government Accountability Office in a recent report said “modernized satellites are in space but receiver equipment needed for weapons systems to make use of the signal is delayed, in some cases by years, causing ripple effects. Due to receiver delays, for example, DoD is no longer planning to use this technology in some new aircraft.”

Only a few hundred M-code receivers so far have been deployed in the U.S. military. BAE Systems said it plans to roll out three new M-code products in anticipation of military orders. Two of the new receivers are for use in handheld devices and vehicles. Another is a receiver specifically designed for GPS-guided missiles and bombs.