WGS-11+ will join the WGS constellation that provides broadband communications to the U.S. military and allies.
SpaceNews 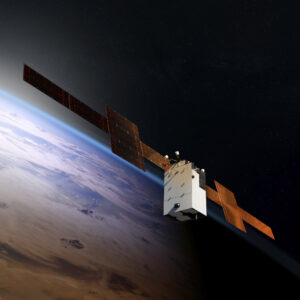 WASHINGTON — Boeing has been given the go-ahead to continue the development of a new satellite for the U.S. military’s Wideband Global Satcom constellation, the company announced Oct. 7.

The new $600 million satellite, known as WGS-11+, is expected to be completed by 2024. It is the 11th of the WGS constellation that provides broadband communications to the U.S. military and allies.

The U.S. Space Force’s Space and Missile Systems Center said Boeing passed a key engineering design review and will proceed to the next phase of development. Production is scheduled to begin next year at Boeing’s factory in El Segundo, California.

“This engineering design review is a key milestone because it means we are one step closer to delivering this groundbreaking satellite to the warfighter.” said Col. John Dukes, SMC Production Corps’ Geosynchronous/Polar Division chief.

WGS-11+ is being funded with money that Congress inserted into the fiscal year 2018 budget.

Boeing said the new satellite has a digital payload that is far more advanced than the older WGS satellites.