With an eye toward the FCC’s 2023 deadline, Intelsat and SES went on a shopping spree. But the C-band bonanza isn’t likely to be repeated anytime soon.
SpaceNews 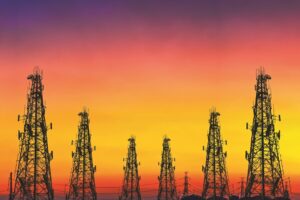 Satellite manufacturers are celebrating a stream of orders for commercial geostationary communications satellites.

After years of sluggish demand and fierce competition, fleet operators Intelsat and SES ordered 13 satellites this summer from Boeing, Maxar Technologies, Northrop Grumman and Thales Alenia Space. The new orders will keep factories humming for at least a couple of years as manufacturers race to supply the satellites their customers need to clear C-band spectrum for cellular 5G networks in time to qualify for $9.7 billion in incentive payments from the Federal Communications Commission.

But the C-band bonanza isn’t likely to be repeated anytime soon.

As of Oct. 12, communications service providers had ordered a total of 17 geostationary satellites via competitive bidding in 2020. All but four of the orders were triggered by the FCC’s decision to free up C-band spectrum by paying satellite operators to consolidate communications in 200 megahertz over the United States instead of the current 500-megahertz swath.

Even if C-band orders are a one-off, they provide welcome relief in the midst of a pandemic that has disrupted global business and altered communications markets, slashing demand for aviation and cruise industry communications while creating new pockets of demand elsewhere.

“The industry got a lucky break this year with the C-band orders,” said Chris Quilty, president of Quilty Analytics.

The market for commercial geostationary communications satellites was already in flux prior to the pandemic due to technological innovation and new satellite communications constellations.

High-throughput satellites offer far more capacity than their predecessors, meaning satellite service providers can satisfy demand with fewer spacecraft. In addition, the latest generation of software-defined satellites can adjust coverage and power to move capacity where it’s needed. Plus, a new generation of small geostationary satellites offer satellite service providers a way to boost communications traffic for a specific region or nation.

Meanwhile, moves by SpaceX, Amazon, OneWeb and others to establish broadband constellations in low Earth orbit cast a pall over the market and prompted some fleet operators to adopt a wait-and-see attitude. 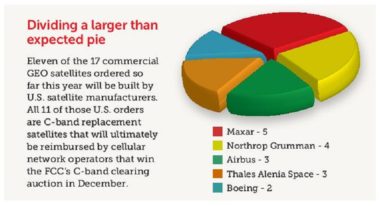 Against that backdrop, it’s easy to view the FCC auction as a lifeline. The agency approved a plan in February to auction a large portion of C-band spectrum and require winning bidders to reimburse satellite operators for replacing satellites and ground infrastructure. The FCC plan includes $9.7 billion in incentive payments for satellite operators who clear 120 megahertz of C-band spectrum by Dec. 5, 2021 and the remaining 180 megahertz by Dec. 5, 2023.

Satellite operators are meeting the 2021 deadline largely by moving traffic around their current fleets. With an eye toward the 2023 deadline, however, they went on a shopping spree.

Intelsat ordered five C-band satellites from Maxar and two from Northrop Grumman. SES is buying two satellites from Northrop Grumman, two from Boeing and two from Thales Alenia Space. Earlier this year, Eutelsat Communications announced its intention to buy a C-band replacement satellite, but the Paris-based fleet operator later concluded it had enough idle capacity to serve customers without expanding its fleet.

From dismal to upbeat

So far in 2020, the only non-C-band orders were placed by Spain’s Hispasat, Australian communications company Optus, Yahsat of the United Arab Emirates and Arabsat, the communications services provider for 21 Arab League member states.

Without C-band orders, 2020 was shaping up to be a dismal year for U.S. satellite sales. With those orders, it’s quite the opposite.

“We’re thrilled that Intelsat chose us to help develop some of their new replacement C-band satellites as part of the FCC spectrum clearing agreement,” Paul Estey, Maxar Space Solutions executive vice president for customer relations, said at the Satellite Innovation 2020 conference in October.

Representatives of Boeing and Northrop Grumman speaking at the virtual conference were similarly upbeat.

Rob Shah, director of Northrop Grumman’s communications satellites unit, noted “a lot of synergies between the government and the commercial” markets. “Across the company given the demand that we see in the broader market, we are very optimistic, very bullish on the future of space,” he added.

“Maxar has made a big effort to diversify into civil space, which was 40% of their revenues last year, which is pretty impressive,” Quilty said.

On the commercial side, geostationary satellites continue to generate revenue. In recent years, these satellites have simultaneously become more important for internet connectivity and less important for television broadcasting. Developed markets like the United States are seeing the biggest declines in satellite television, but that service is still valuable for operators.

“Everyone is considering broadcasting as dead,” Puteaux said. “It’s not dead. Not everyone can enjoy streaming services, all over the world.”

As a result, television broadcasting remains an important and profitable business for some satellite service providers.

A Northern Sky Research (NSR) report published in July predicts demand for video transmission will decline slowly in the next decade while data demand surges. NSR expects data demand to grow at double-digit rates annually from 2019 to 2029, according to “Satcom Reality Check,” a July 1 blog from Lluc Palerm, NSR senior analyst.

“That’s really the savings grace because that demand is not going away anytime soon,” Rousseau said.

“Even if operators have been delaying procurement of satellites, at some point they will have to replace aging satellites,” Puteaux said.

There’s also a chance that some nations like Canada and Brazil will follow the FCC’s lead in incentivizing C-band clearing.

“I think we’ll see spectrum reallocation pretty much everywhere around the globe,” Estey said. “What the impacts will be on the demand for satellites is actually quite hard to tell because operators have the ability to move spectrum around inside the fleets they already own and operate. Time will tell whether this FCC program is duplicated in different countries and whether it results in more C-band orders for the collective industry.”

This article originally appeared in the Oct. 19, 2020 issue of SpaceNews magazine as “The C-band bonanza: Lifeline or flash in the pan?” 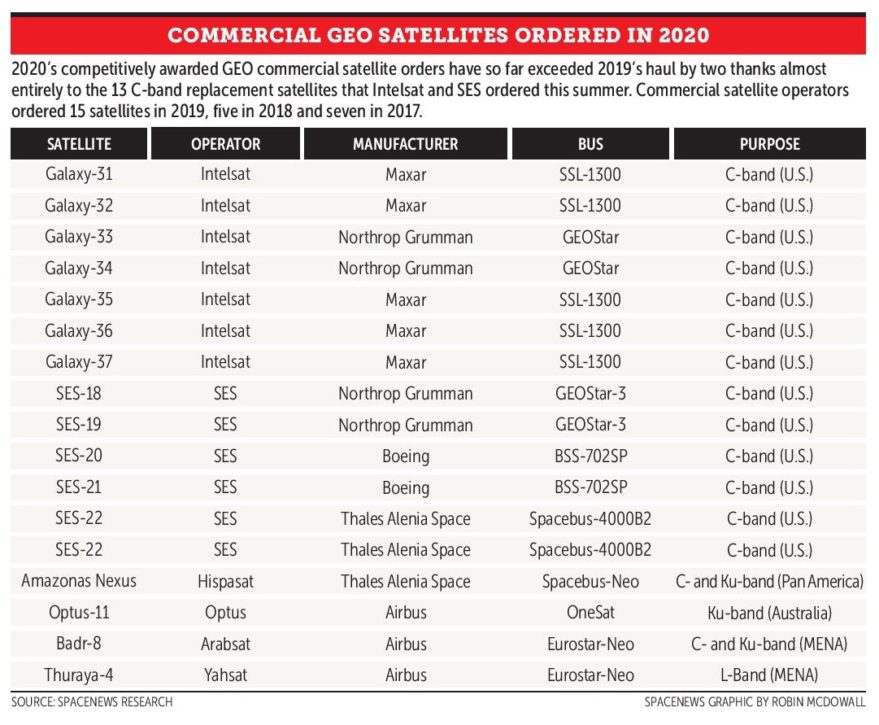