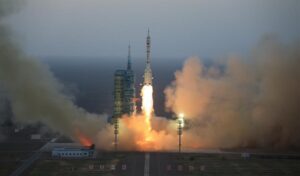 Chinese state media Xinhua reported mission success just under three hours after the opening of the launch window at 1:23 a.m. Eastern. The ‘reusable experimental spacecraft’ is currently in orbit carrying out tests.

“After a period of in-orbit operation, the spacecraft will return to the scheduled landing site in China. It will test reusable technologies during its flight, providing technological support for the peaceful use of space,” the Xinhua report stated.

Airspace closure notices released Thursday provided the first indication of an imminent launch. No images of the spacecraft nor the launch have so far been released. An apparent higher-than-usual level of security surrounding the mission also prevented bystander images appearing on social media.

China stated in 2017 that it aimed to test a reusable spaceplane in 2020. The United States currently has its U.S. Air Force X-37B spaceplane carrying out its sixth mission in orbit.

Apparent modification work had been carried out on the launch tower for the Long March 2F launch vehicle in recent months. This led to speculation that the work would allow a launch with a payload wider than a standard Long March 2F mission.

Yuanwang space tracking ships were already positioned in areas in the Atlantic and oceans to support a spacecraft launching into a roughly 45 degree inclination orbit from Jiuquan.

A spaceplane project was included in a 2017 ‘space transportation roadmap’ released by CASC. A goal of 2030 for developing a single-stage-to-orbit (SSTO) spaceplane was also noted. The plans also included fully reusable launch vehicles and, around 2045, a nuclear-powered shuttle.