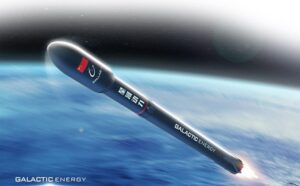 The agreements made in September demonstrate ongoing and deepening support of commercial space endeavors by Chinese provincial and local governments.

Beijing-based Galactic Energy will construct a base in Jianyang, a county-level city under the administration of Chengdu, a city of 16 million in southwest China. Chengdu is the provincial capital of Sichuan province and already hosts major traditional space sector activity.

The facility in Jianyang will be for research, development and production of liquid propellant rocket engines for Galactic Energy’s Pallas series launch vehicles. The base has a planned total investment of about $225 million. A signing ceremony (Chinese) took place Sept. 3.

The partially reusable Pallas-1 will be capable of launching four metric tons to low Earth orbit (LEO) or two tons to Sun-synchronous orbit (SSO). A test flight is currently slated for late 2022.

Galactic Energy is currently preparing to launch its first rocket with the mission expected in early November. The Ceres-1 solid rocket is expected to launch from Jiuquan in the Gobi Desert carrying a single satellite. The mission is understood to be named Jianyang through sponsorship.

Ceres-1 consists of three solid stages using Hydroxyl-terminated polybutadiene fuel and a liquid propellant upper stage. The launcher will be capable of carrying a 350-kilogram payload to low Earth orbit.

Privately-funded rocket and small satellite companies have proliferated since 2014, when the central government opened up segments of the space sector to outside investment. A number of companies have secured arrangements with local governments across China to host their activities.

Other notable developments include a major commercial aerospace base in the city of Wuhan, central  China, and the recent establishment of a coastal facility in the eastern province of Shandong for sea launches and launch vehicle and satellite production.

CAS Space is a spin-off from the Chinese Academy of Sciences (CAS), which in 2019 agreed to jointly build the 99-square-kilometer Nansha Science City with the local government and within which the Zhongke Aerospace facility will be established. The overall project aims to promote and foster innovation across Guangdong, Hong Kong, and Macao.

Construction of the CAS Space project was formally initiated Sept. 29 (Chinese). It will integrate R&D, production, final assembly and testing, and eventually be capable of producing 30 rocket products per year.

CAS Space was registered in December 2018 and aims to launch a solid rocket capable of lifting 1.5 tons to LEO in 2021, having already tested the engines. The launcher would be China’s largest solid rocket in terms of payload capacity, above that of CASC’s Long March 11 and the Kuaizhou-11 operated under CASIC.

An infographic displaying planned ZK launch vehicle families suggests the liquid launchers—illustrated to include grid fins and landing legs—will be reusable. The ZK launchers range from one metric ton to LEO and up to 15 tons with a three-core rocket design.

CAS, with branch institutes across China, is one of three major entities belonging to the Chinese state which are involved in launch vehicle technology.