The longtime president of the Commercial Spaceflight Federation is stepping down next month to become an executive with one of the organization’s member companies.
SpaceNews 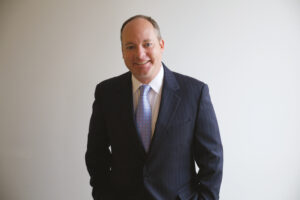 WASHINGTON — The longtime president of the Commercial Spaceflight Federation (CSF) is stepping down next month to become an executive with one of the organization’s member companies.

The CSF announced Sept. 17 that Eric Stallmer will leave the organization in late October to become executive vice president for government relations and public policy at Voyager Space Holdings, a holding company that is acquiring a number of space startups. Stallmer has been president of CSF since 2014.

In an interview, Stallmer said he will be establishing a Washington office for the Colorado-based firm and its growing portfolio of companies. “They’ve got a great vision, and I think it’s just too great of an opportunity to turn down,” he said.

He said his work with Voyager will go beyond handing policy issues for the firm to include helping identify potential acquisitions. Voyager offers startups both a long-term source of capital as well as supporting services, such as human resources and government relations, to allow the individual companies to focus on core technologies. “It’s a great concept and an exciting opportunity,” he said.

Stallmer leaves CSF on a high note. The organization, serving a more entrepreneurial part of the space industry, has seen its membership more than double during his tenure. More than 85 companies and organizations are now a part of CSF, including Voyager.

CSF has represented those companies in a wide range of regulatory and policy issues, including reforms of launch and remote sensing regulations as well as growing interest in space traffic management. “We’ve never been busier. There continues to be so many issues,” he said.

“Eric’s six-year tenure as CSF’s president witnessed historic progress in legislation, funding and policy, supporting tremendous growth and accomplishments in the commercial space industry,” said Taber MacCallum, chairman of the board of CSF and co-chief executive of space tourism company Space Perspective, in a statement.

CSF has started a search process to find a new president. “Our next president will be key in supporting the ongoing development of the commercial space ecosystem, including commercial human spaceflight, our industry’s next big untapped market,” MacCallum said.