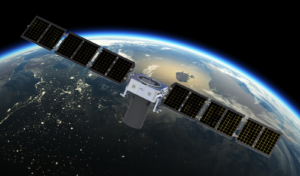 DARPA plans to deploy up to 20 spacecraft in low-Earth orbit that will be connected by optical inter-satellite links and provide communications, missile tracking and navigation services.

Blue Canyon in July won a $14.1 million contract to manufacture four satellites, with options worth $99 million for up to 20 satellites.

The company is customizing its commercial X-STAR bus for the Blackjack program and is using Orbion Space Technology’s electric propulsion. The satellite passed a design critical design review conducted at Blue Canyon’s factory in Lafayette, Colorado. The reviews were done both virtually and in person with appropriate COVID-19 safety precautions, the company said.

After clearing this review, Blue Canyon can start producing the first two flight buses to be delivered to DARPA for payload integration in August 2021.

Blue Canyon Technologies is in the process of being acquired by Raytheon Technologies. The transaction is expected to close by early 2021, pending regulatory approvals. Blue Canyon will be merged into Raytheon Intelligence & Space, headquartered in Arlington, Virginia.