The DoD IG was asked to look at whether the Air Force complied with its own guidelines when it certified SpaceX’s rockets to launch national security payloads.
SpaceNews 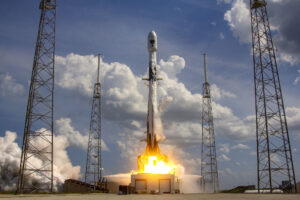 WASHINGTON — The Defense Department’s inspector general conducted a nearly year-long investigation into the processes used by the U.S. Air Force to certify that rockets are safe and reliable to launch government satellites.

The IG review that began in February 2019 specifically looked at whether the Air Force complied with its own guidelines and policies when it certified SpaceX’s rockets to launch national security payloads.

The final report on the investigation was released Sept. 9 by Randolph Stone, assistant IG for evaluations for space, intelligence, engineering and oversight.

It was never disclosed why the DoD watchdog agency began this review. In general, IG investigations are triggered by whistleblower complaints or directed by a member of Congress.

The IG’s evaluation of SMC’s processes for validating rockets for national security launch was completed in December 2019. Along the way, the probe was expanded after three other space launch providers’ new entrant launch vehicles were submitted for certification as competitors in the National Security Space Launch Phase 2 procurement competition.

Northrop Grumman’s OmegA, United Launch Alliance’s Vulcan Centaur, and Blue Origin’s New Glenn were undergoing certification processes as the IG review was in progress. The IG said those processes were all in compliance with the NECG. The Air Force last month selected ULA and SpaceX as the winners of the Phase 2 procurement.

Although the IG in the final report found no faults with SMC’s certification process, it did flag some issues in an earlier draft report. The Air Force in a July 22, 2020, letter pushed back on the findings of the draft report and submitted documentation that contradicted the IG’s assessment. As a result, the IG in the final report opted to not recommend any changes to SMC’s reviews and processes.

The two main concerns the IG raised in the draft report were the following:

After the draft report was sent to the Air Force, the director of SMC’s launch enterprise Col. Robert Bongiovi submitted “additional documentation which SMC did not provide us during the evaluation,” the IG said. After reviewing those documents, the IG removed recommendations to address those two issues it had flagged in the draft report.

Bongiovi in the July 22 letter insisted that no unnecessary risk was taken with the GPS 3 launch and challenged the IG’s assumption that schedule was more important than mission assurance.

On the question of whether the Air Force has procedures to certify SpaceX’s previously flown boosters or other hardware for NSSL missions, Bongiovi said this was addressed in preparation for the Phase 2 selection of launch providers. The Air Force developed technical guidance and processes for safe hardware reuse, Bongiovi wrote: ”The Launch Enterprise embraced reusability and explicitly enabled it as part of the ongoing Phase 2 competition.”