EchoStar Corp. plans to launch the Jupiter 3 broadband satellite in the first quarter of 2022 but has not yet selected a launch provider, company officials said during a Nov. 5 earnings call.
SpaceNews 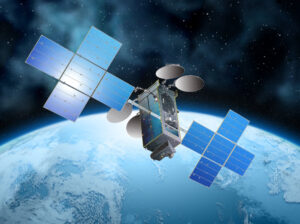 SAN FRANCISCO – EchoStar Corp. plans to launch the Jupiter 3 broadband satellite in the first quarter of 2022 but has not yet selected a launch provider, company officials said during a Nov. 5 earnings call.

EchoStar originally planned to launch the 500 gigabit-per-second Ka-band satellite in 2021 to expand broadband capacity over North and South America before the COVID-19 pandemic slowed satellite manufacturing and created uncertainty in the launch market.

Rather than incurring additional launch costs as a result of the delay, EchoStar may benefit from changes in the launch market.

“There’s a lot going on in the launch industry,” EchoStar CEO Mike Dugan said during the earnings call. “We’re not expecting anything but a positive situation there.”

The HughesNet U.S. broadband satellite business added about 30,000 subscribers in the third quarter, bringing its total to 1.58 million subscribers.

“We are beginning to realize the synergies associated with the transaction after converting Yahsat subscribers to the Jupiter platform” and eliminating duplicate operations and business support systems, and consolidating staff, Pradman Kaul, Hughes Network Services CEO, said during the earnings call. Yahsat’s Al Yah 3 Ka-band satellite payload is now an integral part of the HughesNet service, Kaul added.

In spite of reduced air travel and demand for In-Flight Connectivity (IFC) due the COVID-19 pandemic, Hughes Network Services is enthusiastic “about the prospects associated with the recently announced strategic collaboration with Inmarsat for IFC,” Kaul said. “It’s becoming clear a couple of airlines are actively looking to replace their existing systems and that global coverage combined with capacity over the United States was a big requirement.”

By combining Inmarsat’s global fleet coverage with Hughes’ Jupiter capacity over the United States, the companies came up with a solution that “makes sense for both parties,” Kaul said. “We’re very excited about competing now in the IFC market with some of the other folks that can’t offer both as effectively.”

During the earnings call, EchoStar officials discussed plans to evaluate S-band technologies for internet-of-things satellite communications as well as other services like disaster relief.

“We continue to have discussions with a lot of the vendors who we were talking with about the art of the possible from a payload standpoint,” said Anders Johnson, EchoStar chief strategy officer and EchoStar Satellite Services president.

However, the pandemic has made it more difficult for EchoStar to identify customers willing to commit to use of the S-band network. A network of this type is not likely to become a reality until 2023 or 2024, he added.