The European Space Agency said Oct. 29 that COVID-19 and technical issues would delay the maiden launch of Ariane 6 to 2022, prompting it to ask participating members states for additional funding for the rocket’s development.
SpaceNews 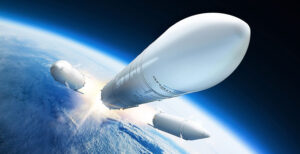 VALLETTA, Malta — The European Space Agency will ask participating member states for an additional 230 million euros ($268 million) for the development of its next-generation Ariane 6 launch vehicle. The additional funding is required to combat delays in the vehicle’s development that have pushed its maiden flight to the second quarter of 2022.

During an Oct. 29 briefing following the 291st ESA Council held over the last two days, Daniel Neuenschwander, director for space transportation at ESA, said that COVID-19 shutdowns and technical issues with the cryogenic arm that connects the launchpad to the vehicle had all influenced the delay of the maiden flight of the Ariane 6.

The rocket had been slated to debut late this year, but ESA warned this spring that the launch would likely slip into 2021 and in July made it official, saying the rocket wouldn’t launch until the second half of next year.

According to Neuenschwander, the 230 million euros in additional funding requested by ESA is a 6% increase in the development cost of Ariane 6. This puts the total cost of development at over 3.8 billion euros ($4.4 billion), significantly more than the approximately $400 million spent to develop the SpaceX Falcon 9 against which the Ariane 6 will compete.

ESA hopes to secure the additional funding for development of the Ariane 6 within the next few months, said Neuenschwander.

The maiden flight of the Ariane 6 had initially been earmarked to carry a number of small satellites for OneWeb, a communications company founded in 2012 that plans to offer global broadband coverage via a constellation of satellites in low Earth orbit. However, the company’s bankruptcy filing earlier this year prompted it to revise its contract, although not before, according to Neuenschwander, the company had at least partially paid Arianespace, the French launch provider responsible for marketing services aboard Ariane launch vehicles.

The second flight of Ariane 6 will also be in its A62 configuration and will carry a Galileo satellite, an addition to Europe’s global satellite navigation system. The larger A64 variant of the Ariane 6, which features four strap-on boosters, will be utilized for the vehicle’s third mission.

The final quarter of 2020 has seen the completion of several important milestones in the development of the Ariane 6. This month, the vehicle’s P1200C strap on boosters were put through their third and final static fire test, and construction of the first Ariane 6 upper stage was completed.

Moving forward, the ArianeGroup, a joint venture of Airbus and Safran that is responsible for the development of the Ariane 6, is expected to oversee casting of the P1200C boosters that will be used for the maiden flight of the Ariane 6 in the first quarter of 2021. An initial static fire test of the vehicle’s upper stage, and shipment of test articles of the upper and core stages to Guiana Space Centre in Kourou, French Guiana, is expected to follow in the second quarter of 2021.

Completion and handover of the launchsite, commencement of combined stage testing of the test stages, and shipment of the first flight-ready upper and core stages will occur in the third quarter of 2021. Towards the end of next year, the agency hopes to complete combined stage hot fire tests on the completed launchpad before beginning the launch campaign of the maiden Ariane 6 flight in the first quarter of 2022.