As the House and Senate struggle with pandemic relief and other spending bills, there seems little opportunity for anything space-related to get through Congress.
SpaceNews 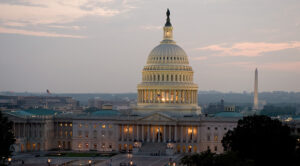 The good news is that 2020 is now more than two-thirds over. The bad news is that the last third of the year could be the toughest to get through. All the challenges of the year to date, especially the pandemic and its economic fallout, persist, while an unprecedented campaign for the White House reaches its crescendo.

The election, and the end-of-the-year deadline for the current Congress, mean there isn’t much time left to take up legislation in general, let alone a niche topic like space policy. As the House and Senate struggle with pandemic relief and other spending bills, there seems little opportunity for anything space-related to get through Congress.

The biggest challenge will be a fiscal year 2021 spending bill. Congress and the White House, at the very least, seem willing to pass a continuing resolution (CR) when the fiscal year starts Oct. 1, keeping the government open. That CR will run through the election, perhaps into December, so that Congress can return in a lame-duck session to finalize its 2021 appropriations.

What that looks like for NASA remains unclear. The House passed a spending bill at the end of July that provides $22.6 billion for NASA, the same as the agency received in 2020 but far less than the $25.2 billion requested. That bill offered less than 20% of funding it sought for the Human Landing System (HLS) program to develop the lander that will carry Artemis astronauts to the lunar surface, putting a 2024 landing in jeopardy.

NASA’s hope is that the Senate will provide something closer to the $3.3 billion requested for HLS in its bill. But, as of early September the Senate has yet to even introduce its version of appropriations bills, and just how the eventual negotiations between the House and Senate will play out is uncertain.

That uncertainty affects more than just the HLS program. “What we have done over these past several months is plan for two budgets,” Jim Reuter, associate administrator for space technology at NASA, said at an advisory committee meeting in early September. One is based on the budget proposal that gives his mission directorate $1.6 billion in 2021, while the other assumes flat funding of $1.1 billion, as in the House bill. In addition, language in the House bill directing additional spending on certain programs “greatly restricts our buying power” for other space technology programs, he warned.

Others are concerned about far smaller, but still critical, budgets. The Office of Space Commerce requested $15 million, mostly to support space traffic management (STM) work mandated by Space Policy Directive 3. The House bill rejected the proposal, saying it was waiting for a report by the National Academy of Public Administration on which agency was the best to handle STM.

That report, released last month, confirmed that the Office of Space Commerce was best-suited to handle STM work, and the office now hopes Congress will go along with that conclusion. “It requires some commitment from Congress. We need funding to go forward,” said Diane Howard, chief counsel for space commerce in the Department of Commerce, during a panel discussion on STM at the Summit for Space Sustainability Sept. 9. “For our office, the biggest challenge is funding.”

There may be opportunities for even smaller victories. For the last several years, members of Congress have sought to pass a space weather bill to codify policies for forecasting and responding to solar storms. Those have stalled out for one reason or another in the past, but this time a bill with bipartisan support passed the Senate in July.

Jeff O’Neil, legislative director for Rep. Ed Perlmutter (D-Colo.), one of the sponsors of space weather legislation, told a National Academies committee Sept. 9 he was optimistic that the House would pass the Senate bill. “We’re excited to see this bill hopefully signed into law later this year,” he said. Every legislative victory, large and small, in space policy is worth celebrating.

His Foust Forward column appears in every issue of the magazine. This column ran in the Sept. 14, 2020 issue.