Google announced Jan. 21 it is shutting down Loon, a venture to provide wireless connectivity by balloon that has been seen as both complementary to and competitive with satellite networks.
SpaceNews 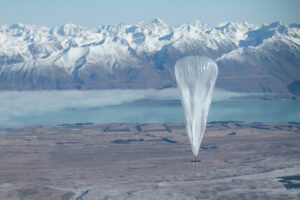 WASHINGTON — Google announced Jan. 21 it is shutting down Loon, a venture to provide wireless connectivity by balloon that has been seen as both complementary to and competitive with satellite networks.

In a blog post, Astro Teller, head of X, the advanced projects or “moonshot factory” division of Google parent company Alphabet, announced that Loon will wind down operations in the next several months. Google started Loon in 2012 as part of X and spun it out into a separate company in 2018.

“Sadly, despite the team’s groundbreaking technical achievements over the last 9 years,” Teller wrote, “the road to commercial viability has proven much longer and riskier than hoped. So we’ve made the difficult decision to close down Loon.”

Alastair Westgarth, chief executive of Loon, offered a similar assessment in a separate statement. “While we’ve found a number of willing partners along the way, we haven’t found a way to get the costs low enough to build a long-term, sustainable business,” he said. “Today, I’m sad to share that Loon will be winding down.”

Loon was for many years largely an experimental project, but in the last year was starting to move into more regular operations. In July 2020, Loon announced it had started providing commercial service in parts of Kenya, using about 35 balloons to provide service over a region of nearly 50,000 square kilometers. Loon called its Kenyan deployment the “first non-emergency use of Loon to provide connectivity on a large-scale basis.”

Alphabet has not disclosed how much it spent on Loon. Once spun off, Loon raised $125 million in 2019 from a SoftBank-backed fund. However, Loon reportedly had spent the money and was struggling to raise additional funding, given its uncertain path to profitability.

Loon was one example of technologies known as HAPS, for high-altitude platform systems or high-altitude pseudo-satellites, that use balloons or remotely piloted aircraft to provide communications services in the stratosphere. Some in the space industry saw HAPS as a competitor to satellites, since such systems could offer communications services with lower latencies than even low Earth orbit satellites, and potentially at lower costs.

Loon itself saw its system as complementary to both satellites and terrestrial networks. “We don’t think we can — or should — replace the ground and space-based technologies that exist today,” Westgarth said in a statement announcing its service in Kenya. “Terrestrial, stratospheric, and space-based technologies will all work together to serve different parts of the globe and use-cases. The key will be coordinating these various solutions so they provide a seamless connection.”

Like terrestrial network operators, Loon has used satellites for backhaul services. SES announced in 2017 it was providing satellite capacity through its O3b constellation to support deployment of Loon balloons in Puerto Rico and Peru, where they provided connectivity after natural disasters. Loon also licensed its network operating system to Telesat to support that company’s planned LEO constellation.

Teller said that Alphabet will look to leverage some of Loon’s technology for other applications. One example he gave was optical communications used to provide links between Loon balloons that has already been spun out into a separate project, Taara.

“While we’re sad and disappointed that Loon’s journey has come to an end, connectivity remains high on our list of spaces to keep hunting for moonshot ideas and hopeful Loon will live on as inspiration for others to try audacious, radical ideas,” he said.