Hanwha Aerospace, the leading aircraft engine producer in South Korea, is stepping up efforts to expand its space business.
SpaceNews 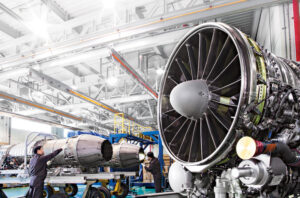 In the latest move, Hanwha struck a 109 billion won ($96.8 million) deal in January to win a controlling 30 percent stake in a domestic satellite maker, Satrec Initiative (SI), by the end of April. Established in 1999 by engineers who contributed to making the nation’s first satellite KITSAT-1, SI is credited with developing core technologies to produce small and medium-size Earth-observation satellites, ground systems and electrooptical payloads on Korean soil.

Hanwha said while SI would be managed independently, Kim Dong-kwan — the first son of Hanwha Group chairman Kim Seung-youn and president of the group’s chemical affiliate, Hanwha Solutions — would join SI as a non-standing executive director to facilitate cooperation between the two companies.

In a statement, Hanwha said its investment in SI is to “possess core technologies related to the space satellite industry, which is expected to grow in the New Space era, and in the medium to long-term, preempt technological advance through synergy with the company to secure the capability of the satellite development technology.”

In a separate statement, SI President Kim Ee-eul said the deal “provides the financial resources and strategic partnership that we can leverage for further growth.” Kim added SI will “expand business to proactively respond to the growing domestic and international demands on Synthetic Aperture Radar and infrared satellite systems as well as optical satellite systems.”

The newspaper said Dong-kwan is the architect of Hanwha’s space business strategy. It reported the 37-year-old Harvard graduate formed a “space task force” late last year involving about 10 officials from Hanwha Aerospace, Hanwha Systems and Hanwha Corporation. Under his supervision, Hanwha Aerospace, partnered with SI, will advance its technology for satellites and rocket boosters; Hanwha Systems for key satellite equipment for Earth observation such as SAR and antennas; Hanwha Defense for launchpads; and Hanwha Corporation for solid fuel.

South Korea won U.S. permission in July to conduct research and to develop solid-propellant rockets. Prior to this, the country was prohibited from developing solid-fueled launch vehicles by a bilateral nonproliferation agreement with the U.S. focused on ballistic missiles.

“The deal [between Hanwha and SI] is expected to bring about a [Hanwha] group-wide synergy  [in terms of space business],” stated a Jan. 13 analysis report co-written by Lee Dong-heon and Lee Tae-hwan at Daishin Securities.

In December, Hanwha Systems formed a strategic partnership with U.S.-based satellite communications company Kymeta that calls for investing $30 million to back the development of Kymeta’s next-generation solutions in return for gaining a foothold in the rapidly growing low Earth orbit antenna market.

“The objective of our investment in Kymeta is to enter the LEO satellite antenna market early on, and diversify our technology portfolio,” said Hanwha Systems CEO Kim Youn-chul in a statement.

Danny Oh, a manager at Hanwha Aerospace’s communications team, said “major players in the space industry started moving quickly with the advent of New Space. We are doing our best to have the best position in the game.”