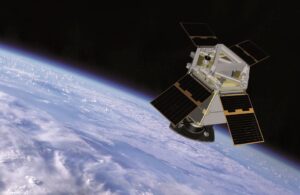 Once the deal is completed, Satrec Initiative, a firm known for manufacturing small and medium-size Earth-observation satellites, will be managed independently but will have access to additional resources through the Hanwha Group, South Korea’s largest industrial conglomerate, including Hanwha Aerospace’s radar and infrared technologies, according to the news release.

“This agreement provides the financial resources and strategic partnership that we can leverage for further growth,” Ee-Eul Kim, Satrec Initiative CEO and president, said in a statement. “We will expand our business to proactively respond to the growing domestic and international demands on [Synthetic Aperture Radar and infrared] satellite systems as well as optical satellite systems.”

As part of the agreement, Hanwha Aerospace and Satrec Initiative are establishing a strategic partnership for domestic and international businesses.

Satrec Initiative, founded in 1999 by engineers who developed the first Korean satellite, builds Earth observation satellites and ground systems independently and with partners including the United Arab Emirates’ Emirates Institution for Advanced Science and Technology.