Hydrosat, a company planning to create a thermal infrared map of Earth, announced an agreement Dec. 9 with Loft Orbital to launch its first satellite mission in early 2022.
SpaceNews 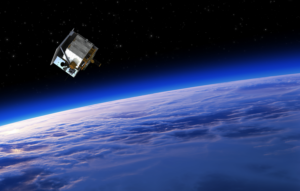 SAN FRANCISCO — Hydrosat, a company planning to create a thermal infrared map of Earth, announced an agreement Dec. 9 with Loft Orbital to launch its first satellite mission in early 2022.

“We are building the world’s first commercial infrared satellite constellation capable of measuring temperature,” Fossel said in a statement. “Until now, thermal infrared has been the sole domain of government programs. We are demonstrating that a highly accurate capability can be delivered commercially at low cost.”

“We chose Loft Orbital because of their flexibility and end-to-end approach,” Fossel said. “Loft is a fantastic partner for us because of their ability to remove risk from the system and deliver value on the satellite bus and launch services. We look forward to working with them as we deliver game-changing data and analytics to the agriculture market and to address climate change.”

Hydrosat’s VanZyl-1 is named for Hydrosat co-founder Jakob van Zyl, who died in August. Before co-founding Hydrosat, van Zyl worked at the NASA Jet Propulsion Laboratory, where he served as associate director for project formulation and strategy and solar system exploration director. “There is no better way for us to honor our friend’s legacy than with this space mission,” Fossel said.

Loft Orbital planned to launch its first satellite, Yet Another Mission (YAM) 2, in mid-2020 prior to the COVID-19 pandemic. That mission is now expected to launch in early 2021. Loft Orbital shelved YAM-1, a demonstration mission, to make way for operational flights.