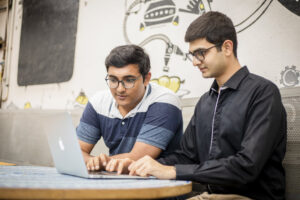 Indian venture capital firms, Lightspeed India Partners, Blume Ventures and growX ventures, led the round, which included contributions from Inventus Capital, Stanford Angels and Ryan Johnson, former founder and CEO of Blackbridge, the Canadian Earth-imaging company acquired in 2015 by Planet. Pixxel also announced Johnson would join its board of directors.

With the latest funding, Pixxel plans to expand its 25-person staff based in Bengaluru and Los Angeles, “and accelerate progress towards the deployment of its constellation,” according the news release.

“Expansion in the United States is a priority,” Pixxel CEO Awais Ahmed told SpaceNews. “A lot of our agriculture and oil and gas customers are based there.”

Founded in 2019, Pixxel seeks to make satellites as important in people’s everyday lives as the Global Positioning System, Ahmed said. With that goal in mind, Pixxel plans to create a software platform to make it easy for customers to drag and drop satellite imagery as well as models and tools to help them make sense of the data.

Pixxel plans to launch its first satellite, a 15-kilogram technology demonstrator, in November on a Russian Soyuz rocket. The firm’s second satellite is scheduled to launch in 2021 on a SpaceX Falcon 9 rocket.

Pixxel is not yet sharing information on the resolution it plans to offer customers when it operates a constellation large enough to gather daily Earth imagery.

Pixxel co-founders Ahmed and Kshitij Khandelwal established Pixxel while they were undergraduate students at India’s Birla Institute of Technology and Science. The pair also competed as part of India’s only SpaceX’s Hyperloop Pod Competition.