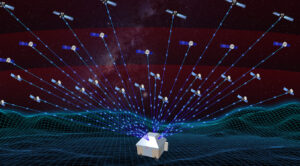 The prototype “multi-band multi-mission” antenna is one three that were developed under a Defense Innovation Unit 2019 contract. Lockheed Martin and Atlas Space Operations also have completed prototypes.

The DIU program was to examine available commercial technology for ground antennas to help the Space Force improve communications with its satellites. A single phased array antenna can communicate with multiple satellites across different frequency bands. The military’s traditional parabolic or radio antennas can contact only one satellite at a time.

The antenna developed by L3Harris — like those from Lockheed Martin and Atlas Space — were integrated with the Space Force’s Satellite Control Network to demonstrate multiple simultaneous satellite contacts. The SCN is an aging network of parabolic dish antennas located around the globe used to fly military satellites.

The Space and Missile Systems Center has not yet decided what type of electronically steered antennas it will buy for the Satellite Control Network.