Loft Orbital is buying antennas for an upcoming mission from French provider Anywaves, a deal the companies see as a sign of a growing European ecosystem of space startups.
SpaceNews 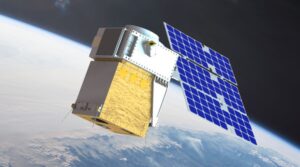 WASHINGTON — Loft Orbital is buying antennas for an upcoming mission from French provider Anywaves, a deal the companies see as a sign of a growing European ecosystem of space startups.

Anywaves announced March 16 it sold two S-band antennas to Loft Orbital, which will install them on its YAM-3 spacecraft launching in June on a SpaceX Falcon 9 rideshare mission. Terms of the deal were not disclosed, but the companies described the agreement as a beginning of a “long-term partnership.”

Antoine de Chassy, president and co-founder of Loft Orbital, said in an interview that his company selected Anywaves because of how quickly it could deliver the antennas. Anywaves provided the antennas a week after contract signature. “They delivered in record time a top technology,” he said.

The S-band antenna will be used by an unspecified customer of YAM-3 for an internet of things service that is the beginning of a constellation. “Because this is a constellation, we need to be able to scale up very quickly,” he said. “It’s not just a one-off.”

Anywaves, spun out of the French space agency CNES in 2017, focuses on producing antennas for satellite constellations. “If you want to purchase another antenna, you have to go to a traditional manufacturer, and it’s always 12 to 18 months and a huge amount of money: not compatible with this new market,” said Nicolas Capet, chief executive of Anywaves.

Anywaves has focused on production of “very generic” antennas in S- and X-band that can work for a wide range of missions, he said. Its customers range from startups like Pixxel, an Indian company developing a constellation of imaging satellites, to Thales Alenia Space, which is using Anywaves antennas for satellites it is building for Omnispace, a company developing a constellation for internet-of-things and 5G services.

De Chassy opened a French office for San Francisco-based Loft Orbital in Toulouse a year ago to focus on customers in Europe, the Middle East and Africa. “I was a little concerned with the slow pace of decisions and sometimes the long cycles with customers” in Europe, he said.

He said he was relieved to find a cluster of innovative companies in Toulouse, like Anywaves, to work with. “I found a vibrant community of small companies,” he said. “It’s close to what I find in San Francisco or Colorado.”