Lynk will start testing cellular connectivity services with its first small satellite in the near future as it plans to begin commercial service early next year.
SpaceNews 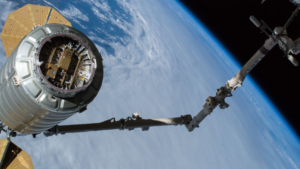 WASHINGTON — Lynk will start testing cellular connectivity services with its first small satellite in the near future as it plans to begin commercial service early next year.

During a panel discussion at the SmallSat Symposium Feb. 11, Margo Deckard, co-founder and chief operating officer of Lynk, said tests it performed last year demonstrated its ability to transmit text messages from spacecraft in low Earth orbit to unmodified cellphones on the ground, a capability it says can bridge a gap in connectivity.

‘We’re showing in a very stepwise fashion as we test out our technology that cellular band usage from space can play with terrestrial usage of these cellular bands and provide customers with connectivity when they move out of terrestrial cell tower range,” she said.

Lynk performed the tests last year using payloads mounted on Cygnus cargo spacecraft, which operated for a few weeks at a time after the Cygnus departed the station and before reentry. The company has since launched its first small satellite, and Deckard said the company will begin a test campaign with that satellite “shortly.”

The satellite is the first in a constellation that will operate in orbits of 450 to 500 kilometers, altitudes that are low enough that the orbits are “self-cleaning,” with the satellites naturally deorbiting quickly at the end of their life. The full constellation would have about 1,000 satellites providing both voice and messaging services.

Lynk will start providing initial messaging services as soon as early next year with a small fraction of that constellation. “We can provide service globally to customers with intermittent coverage,” she said. “With our initial commercial constellation, you’ll get connectivity every 5 to 20 minutes, depending on where you are on the planet. There are a lot of use cases where you can make money with that kind of connectivity.”

One challenge is spectrum. Lynk uses the same spectrum as terrestrial wireless operators, so that customers can use unmodified phones for those services. Deckard said the company will partner with mobile network operators to use their spectrum, and have them work with regulators to get permission to use that spectrum for space applications.

For its tests last year, Lynk received an experimental license from the U.S. Federal Communications Commission, which included a condition that the company work with mobile network operators to test interference. Two operators, which she did not identify, reported no interference issues from the Lynk transmissions.

Lynk is not the only company seeking to use satellite to extend the reach of terrestrial cellular services. AST SpaceMobile, formerly AST&Science, is developing its own constellation of satellites to provide cellular connectivity. It has not yet launched any satellites, but announced in December a merger with a special-purpose acquisition company, New Providence Acquisition Corp., that will take AST public and provide it with up to $462 million in funding. That merger has yet to close.

Deckard said that Lynk is focused less on developing a customized satellite platform, as AST is doing, and more on the cellular technology. “We use a lot of commercial off-the-shelf proven hardware to make the satellite work, and we’ve focused all of our intellectual property efforts on the ‘secret sauce’ surrounding closing the link margin to the cellphone.”

Other panelists said they expect satellites to play a greater role in cellular connectivity in the future, be it directly as Lynk and AST SpaceMobile are doing, or through cellular backhaul services. One reason is the incorporation of standards known as the 3rd Generation Partnership Project (3GPP) that support satellite communications.

“We will be able to use the same chipsets as we have in regular mobile phones and IoT devices, so you can not only connect terrestrially but also connect directly with satellites,” said Richard Swardh of Comtech EF Data. “This opens up an entire new market for satellites, but also gives satellites access to a whole different level of developers, a community many times larger than satellite by itself.”

Past efforts to incorporate satellite technologies into 3GPP standards struggled to win acceptance, he said. “Satellite was looked at a little bit weirdly,” he recalled. The focus in the past was on competing terrestrial standards, but with the shift to 5G there was more openness to new and alternative technologies.

“There was a much more open environment in the community to expand the use cases out of the core business, which is terrestrial cellular services,” he said. “It’s very exciting time for the satellite industry to be able finally to be there at the table.”