The founding chief executive of in-space transportation company Momentus is resigning in an effort to overcome U.S. government concerns about foreign control of the company.
SpaceNews 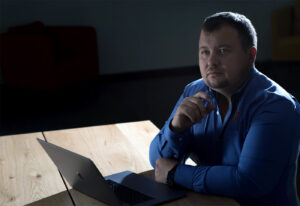 WASHINGTON — The founding chief executive of in-space transportation company Momentus is resigning in an effort to overcome U.S. government concerns about foreign control of the company.

Momentus announced Jan. 25 that Mikhail Kokorich was resigning as chief executive and a member of the company’s board, effective immediately. He will be replaced on an interim basis by Dawn Harms, a former Boeing executive who joined Momentus as its chief revenue officer in November 2019.

The company said the leadership change was intended to address government reviews of the company, which is in the process of merging with Stable Road Acquisition Corporation, a publicly traded special-purpose acquisition corporation (SPAC). The companies announced the merger in October 2020, turning Momentus into a publicly traded company and providing it with $310 million in cash.

“We believe that this leadership transition will position the company for success and help accelerate regulatory reviews by the U.S. government,” Brian Kabot, chairman and chief executive of Stable Road, said in a statement. “We have full confidence in Dawn and the team to lead the company to reach both near-term targets and achieve even greater success over the longer-term.”

The statement noted that the leadership change was “an effort to expedite the resolution of U.S. government national security and foreign ownership concerns” but didn’t elaborate. However, in filings with the Securities and Exchange Commission, the company said that Kokorich’s status as a Russian citizen posed complications.

One example of those issues is export control regulations that prevented Kokorich from reviewing technical information about his own company’s projects. “We currently do not have an export license to transfer or make accessible controlled technology to Mr. Kokorich,” Momentus and Stable Road noted in a Dec. 14 SEC filing. “As a result, Mr. Kokorich is not currently permitted to access controlled Company technical information or hardware.” It added that it had been seeking an export license for Kokorich since 2018, but “there is no assurance we will ever be able to obtain such a license in the future.”

The roles played by Kokorich and another Russian co-founder, Lev Khasis, in Momentus also made Momentus a “foreign person” in the view of the Committee on Foreign Investment in the United States (CFIUS), which reviews foreign investments in American companies with national security implications. Khasis is a former director in the company and deputy chairman of the executive board of Sberbank, a Russian bank whose operations in the United States are limited by the Treasury Department, the SEC filing acknowledged. That could make it more difficult for Momentus to acquire any American companies because a CFIUS review would be necessary.

While Kokorich’s resignation is intended to address those issues, it’s not clear the resignation alone with be sufficient. Kokorich owns a significant stake in Momentus, and neither the announcement nor SEC filings indicated he would be selling those shares.

The Dec. 14 registration statement with the SEC that outlined those risk concerns about Kokorich also stated that Momentus was “highly dependent” on him. “The loss of Mr. Kokorich would adversely affect Momentus’ business because his loss could make it more difficult to, among other things, compete with other market participants and retain existing customers or cultivate new ones. Negative public perception of, or negative news related to, Mr. Kokorich may adversely affect Momentus’ brand, relationship with customers or standing in the industry.”

Momentus has been working on a series of transfer vehicles, or space tugs, designed to transport satellites launched as rideshare payloads to their desired orbits. The company had planned to launch the first such tug, called Vigoride, on SpaceX’s Transporter-1 dedicated smallsat rideshare launch, which took place Jan. 24.

However, Momentus announced Jan. 4 it would not fly Vigoride on that mission because the Federal Aviation Administration would not complete a payload review in time. Fred Kennedy, president of Momentus, said at the time the FAA had not identified any “specific concerns” with Vigoride, but needed additional time for an interagency review that is a part of the payload review process. The company rescheduled the flight for a SpaceX rideshare mission later in the year, pending completion of the payload review.