NASA has sharply increased the prices it charges commercial users of the International Space Station for cargo and other resources, a move that has left some companies confused and frustrated.
SpaceNews 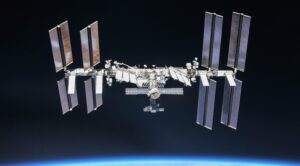 WASHINGTON — NASA has sharply increased the prices it charges commercial users of the International Space Station for cargo and other resources, a move that has left some companies confused and frustrated.

NASA announced Feb. 25 that it was revising the commercial marketing pricing policy it first published in June 2019 as part of a new low Earth orbit commercialization strategy. That policy, which set aside a fraction of station resources for commercial applications beyond research and development, included a price list for resources for cargo to and from the station and crew time to carry out work.

In the statement, published with little fanfare on the agency’s website, NASA said it was updating that price list “to reflect full reimbursement for the value of NASA resources.” The decision to do so, NASA said, was based on “discussions with stakeholders, the current market growth, and in anticipation of future commercial entities capable of providing similar services.”

The sudden change in prices, which took effect immediately, took some ISS users by surprise. An executive with one company, who spoke on background because that company is still evaluating the impacts of the pricing change, was not aware of NASA’s decision to raise prices until contacted by SpaceNews.

“NASA has not done a good job communicating with the stakeholders,” said Jeffrey Manber, chief executive of Nanoracks. “We are in discussions with customers and suddenly we are being notified of a major increase.”

That sudden increase in prices, he said, forced Nanoracks to suspend discussions with two potential customers, who he said were “priced out of their budget” by the increase.

Another executive, speaking on background, was not aware of any discussion by NASA about changing the pricing policy ahead of the announcement. The increase, the executive said, could lead some customers to seek alternatives.

NASA didn’t elaborate on its decision to go to what it calls “full value” pricing beyond its statement, and the agency did not respond to questions about the pricing policy. Manber said such a change should have been first discussed by the NASA Advisory Council’s Regulatory and Policy Committee, on which he serves, but that the issue had not come up at its meetings.

Manber said that NASA may be reacting to language in a report accompanying the final fiscal year 2021 appropriations bill, which provided NASA with just $17 million for LEO commercialization efforts, compared to its request of $150 million. The report instructed NASA to provide Congress data on projects selected through its LEO commercialization effort on the station, the total costs incurred by NASA for the delivery and execution of them, and how much NASA will be reimbursed.

The report also prohibited NASA from using funding “to subsidize the cost of any project that is primarily intended for marketing, advertising, or entertainment purposes.” That appeared in reaction to criticism the agency faced for some commercial ISS initiatives, like flying Estée Lauder cosmetics to the station for a photo shoot or the possibility of filming a movie starring actor Tom Cruise on the station.

Manber argued that NASA should “fine tune” the pricing policy, charging full price for those marketing and entertainment activities but continuing to subsidize resources for other commercial work, such as those activities that also have an education angle. “I believe there are commercial projects, along with education efforts and partners, that bring value to the International Space Station. They show American leadership,” he said. “There’s a nuanced discussion that needs to be made with Congress and NASA.”

Axiom Space, which is flying a four-person private astronaut mission to the station in early 2022, is not concerned about any potential changes in prices. “Axiom was never relying on NASA to provide all the services they had listed, so this development would not affect us,” company spokesperson Beau Holder said. “It is Axiom’s intent to take care of itself and its crews on orbit.”

Manber said he hopes that the revised policy is not the final word from NASA on the issues. “I’m hopeful that this is the beginning of a dialogue on more mature support for commercialization.”