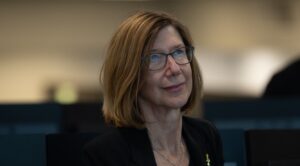 At a Sept. 16 Washington Space Business Roundtable webinar, Kathy Lueders, who took over as NASA associate administrator for human exploration and operations three months ago, said that NASA Associate Administrator Steve Jurczyk formally approved a reorganization of her mission directorate the previous day.

“It addressed some of the concerns that folks have had and is really getting us set up for our future missions going forward,” she said of the reorganization.

Those concerns include findings from a review called a Program Status Assessment carried out earlier this year. That review cited issues with system engineering oversight for the Artemis program and a lack of a formal Artemis program organization. “We are also using these adjustments to solidify and better define division roles,” the agency said in a statement to SpaceNews.

The revised organization of the Human Exploration and Operations (HEO) Mission Directorate now includes a new Systems Engineering and Integration, or SE&I, division, led by Marshall Smith. “We really needed an organization that was making sure we were doing the right work on the right platforms and the right places,” Lueders said. “As these missions become more and more complex, we’re making sure that, at an HEO level, we’re managing the high-level needs consistently.”

The Exploration Systems Development division, led on an acting basis by Tom Whitmeyer, is responsible for the Artemis 1 and 2 missions, which represent the first launch of the Space Launch System and the first crewed Orion mission, respectively. The division is also responsible for SLS and Orion development and what Lueders called “more cost-effective support” for Artemis 3 and later missions.

The Advanced Exploration Systems division is led by Mark Kirasich, who was assigned to the division earlier this year after serving as Orion program manager. It is responsible for Artemis 3 and future missions, as well as development of the lunar Gateway and the Human Landing System programs.

The Commercial Spaceflight Development division, led by Phil McAlister, has oversight of the commercial crew program and now includes low Earth orbit commercialization and oversight of the Center for the Advancement of Science in Space, the organization that operates the ISS National Lab. NASA recently named Robyn Gatens as acting director of the ISS division, which includes both the station itself and commercial cargo.

A Human Spaceflight Capabilities division, led by Benjamin Neumann, oversees the Rocket Propulsion Testing and Human Research programs. NASA recently transferred its biological and physical sciences research division, previously known as Space Life and Physical Sciences Research and Applications, from HEO to the Science Mission Directorate, where it is known as Biological and Physical Sciences.

Work on that reorganization started long before Lueders took over as associate administrator. Her predecessor, Doug Loverro, had been working on that reorganization during his brief time at the agency, and some of the work dates back to when Bill Gerstenmaier, or Gerst, led HEO. “I think, in a lot of ways, where we ended up built on what Gerst had done and what Doug had put into place,” she said.

She said she that when she started as associate administrator she aimed to complete the reorganization by the middle of August. “I’m a little bit late on that, but I’m happy it’s done.”