NASA has increased the cost estimates for the Space Launch System and its ground systems to the point where a formal congressional notification is required.
SpaceNews 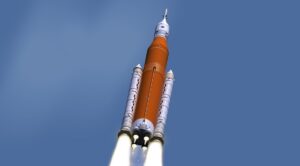 WASHINGTON — NASA has increased the cost estimates for the Space Launch System and its ground systems to the point where a formal congressional notification is required.

In an Aug. 27 blog post, Kathy Lueders, NASA associate administrator for human exploration and operations, said the agency was moving ahead with SLS development with the goal of a first launch of the heavy-lift rocket no later than November 2021.

In her statement, Lueders said NASA had increased the cost estimate for the development of the SLS and Exploration Ground Systems (EGS), the ground infrastructure needed to support SLS launches. For SLS, the “development baseline cost” is now $9.1 billion, while for EGS that cost estimate is now $2.4 billion.

NASA didn’t state by how much the programs’ costs increased. A U.S. Government Accountability Office report published in April assessing NASA’s major programs estimated the development cost of SLS at $8.75 billion and EGS development cost at $2.33 billion, both as of January. The new estimates represent increases of 4% for SLS and 3% for EGS over those in the GAO report.

The new estimates are both approximately 30% above the original baseline cost estimates. That is the threshold to trigger a formal congressional notification and rebaselining of the program. “NASA has notified Congress of these new commitments,” Lueders said in her statement.

A March report by NASA’s Office of Inspector General argued that the SLS program had already hit the 30% threshold required for notification and review. That report argued that NASA had removed nearly $1 billion in costs for the vehicle’s solid rocket boosters and RS-25 engines, but did not adjust the baseline cost estimate accordingly.

It’s unlikely Congress would make any major changes to the SLS or EGS programs as a result of the notification. A House appropriations bill for fiscal year 2021, passed in late July, provides $342.9 million more for SLS and $75 million more for EGS than the administration’s request. The Senate has yet to take up its version of a spending bill, but the chairman of the Senate Appropriations Committee, Sen. Richard Shelby (R-Ala.), is a powerful advocate for the SLS.

While Lueders reaffirmed a first SLS launch of no later than November 2021, she said a firm date had not yet been set for the mission. “While it is too early to predict the full impact of COVID-19, we are confident a November 2021 date is achievable with the recent pace of progress, and a successful Green Run hot fire test will enable us to better predict a target launch date for the mission,” she wrote. That test of the SLS core stage is projected to take place by the end of October, she said this week.

She said that, despite cost increases and significant delays in SLS development, the agency expected production of future vehicles to be smoother. “We are well into builds for future missions, and we are seeing significantly improved build rates, high quality work, and efficiencies across the board,” she said. “Moving forward, we aim to continue to reduce production costs for the world’s most capable launch system, as we take on new challenges of our lunar exploration program.”