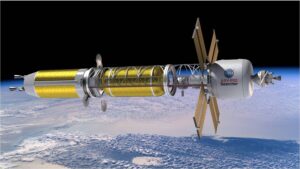 Speaking at a meeting of the Technology, Innovation and Engineering Committee of the NASA Advisory Council, Jim Reuter, associate administrator for space technology at NASA, said his directorate was preparing for two different budget scenarios for fiscal year 2021, which begins Oct. 1. One is that the directorate receives the $1.58 billion included in the agency’s budget request published in February.

The other scenario is that space technology receives $1.1 billion, the funding it received in fiscal year 2020. That would be the case if Congress passes a yearlong continuing resolution, funding NASA and other agencies at 2020 levels for fiscal year 2021, or if the space technology section of the House version of a 2021 spending bill, which kept the program at $1.1 billion, becomes law.

“What we have done over these past several months is plan for these two budgets,” he said. The increase in space technology funding in the budget proposal, he noted, reflects additional money for technology development to support the Artemis lunar exploration program as well as small business research programs, whose funding is pegged to overall agency research and development funding.

A further complication, Reuter said, was a “substantial amount of congressional direction” in the House fiscal year 2021 appropriations bill. That included $227 million for the On-orbit Servicing, Assembly and Manufacturing (OSAM) 1 mission, which is the combination of the Restore-L satellite servicing mission and a space assembly technology demonstration known as SPIDER. That funding level, the same as it received in 2020, is $93.5 million above the administration’s request for OSAM-1 in its 2021 budget proposal.

The House bill also included $110 million for nuclear thermal propulsion work, of which $80 million would go to a flight demonstration mission. NASA’s budget proposal requested $100 million for an overarching space nuclear technologies program that covers both nuclear propulsion and a project to develop a fission reactor for use on the moon.

Reuter noted in his presentation that, while the Senate has yet to take up its version of an appropriations bill that includes NASA, the agency expected it to go along with the House language regarding OSAM-1 and nuclear thermal propulsion. That could create budget pressures if the final spending bill keeps space technology at $1.1 billion overall.

“What it does is greatly restricts our buying power for the other things we want to do,” he said. “We have no objections to the technologies being identified, it’s just a matter of prioritization.”

Reuter said that agency officials held virtual meetings in May with committees in the House and Senate that both fund the agency and authorize its programs to discuss work on nuclear and related technologies, including a near-term priority for a surface fission reactor. “We think there’s a bit more technology to be developed before we push towards a flight demonstration of a nuclear thermal propulsion system,” he said. The meetings, he said, were intended “to try to ask for a little relief in the congressional direction to give us a little bit of flexibility.”

In a July 8 markup of the House spending bill that includes NASA, Rep. Robert Aderholt (R-Ala.), ranking member of the commerce, justice and science appropriations subcommittee, praised the additional funding for nuclear thermal propulsion in the bill. “It’s a level necessary to work towards a design of a flight demonstration by 2024,” he said.