SpaceX’s Rural Digital Opportunity Fund (RDOF) Phase 1 award is big, but the impact on its overall Starlink broadband business will be modest.
SpaceNews 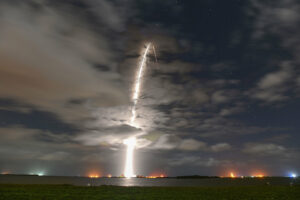 SpaceX’s Rural Digital Opportunity Fund (RDOF) Phase 1 award is big, but the impact on its overall Starlink broadband business will be modest.

Picking up $885.5 million out of $9.2 billion in broadband subsidies over a 10-year period is no small feat, especially for a first-time participant in U.S. Federal Communications Commission auctions. SpaceX’s award — the fourth largest among 180 winning proposals — accounts for nearly 10 percent of the total RDOF funds the FCC intends to dole out to subsidize broadband service to 5.2 million unserved homes and businesses in the rural United States.

If nothing else, SpaceX has demonstrated a mastery of Washington bureaucracy. Terrestrial telecom firms such as Windstream, Frontier, and CenturyLink will receive much less RDOF cash despite decades of involvement in FCC subsidy programs. Geosynchronous broadband satellite firms participating in the reverse auction process came up short or empty. Hughes Network Systems won $1.3 million while Viasat got nothing despite being a qualified bidderwho previously secured over $122 million in the FCC’s 2018 Connect America Fund II auction.

Viasat didn’t expect to do well in RDOF, saying the latency requirements were unfair to satellites. SpaceX petitioned hard to convince the FCC it could deliver low-latency internet at speeds under 100 milliseconds, which gave Starlink a bidding advantage over GEO services with 600ms latency. More importantly, Starlink’s ability to deliver 100 Mbps broadband speeds against the FCC’s baseline standard of 25 Mbps in combination with its low latency essentially put the company in a position to compete against any terrestrial wireline or fixed wireless option short of gigabit speeds.

Across 10 years, $885.5 million isn’t a lot of money in the context of SpaceX building and operating a 12,000-satellite constellation. The yearly $89 million payout might cover the cost of three or four Falcon 9 launches but not the 180 to 240 Starlink satellites that many rockets can carry. Since SpaceX aims to conduct two dedicated Starlink launches a month in the short term — and eventually more than that to get to 12,000 satellites — the RDOF funding doesn’t cover a lot of overhead.

Similarly, using RDOF to subsidize Starlink user hardware comes up short. If Starlink’s phased-array user terminal costs $2,400 to build as some have estimated, SpaceX’s RDOF stipend would allow it to break even on roughly 47,000 U.S. rural dishes per year at the dish’s current $499 beta trial pricing.

SpaceX is obligated to deliver service to 643,000 new locations over 10 years, so if it deploys 64,000 dishes per year on average, Starlink is still losing money on a per-user basis until dish build pricing comes down.

Finally, $885.5 million works out to less than $140 annually per subsidized customer —  just about enough to offer covered households and businesses a $12 discount on a $99 Starlink subscription. Hardly game-changing.

While SpaceX Starlink may have a first-mover advantage today for its LEO broadband service within the U.S., it is worth much less worldwide, especially in areas where governments and telcos are providing financial support for other LEO projects. OneWeb received $500 million from the UK as a part of a larger push to build a robust portfolio of space industries for British economic benefit, supported by another $500 million from Indian telecommunications firm Bharti. Telesat has secured $470 million in Canadian subsidies for universal broadband deployment to rural, northern and Indigenous communities across the country along with $67 million for R&D and job creation in Canada.

Needless to say, when the UK government and Bharti go to purchase LEO satellite services, OneWeb will be at the top of the bidder list, while Canadian communities currently purchasing SpaceX dishes may find themselves getting a better broadband offer from Telesat in a few years. Both the UK and Canadian governments will be promoting OneWeb and Telesat services outside their borders in order to get a better return on investment if nothing else.

Doug Mohney is a reporter and analyst writing about the telecom, IT and satellite industries for over 20 years. He also worked at two internet startups, one which successfully went public.