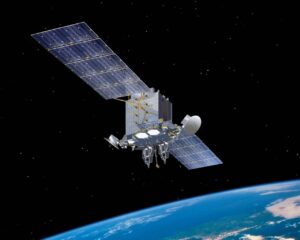 The Space and Missile Systems Center in March launched the sixth and final AEHF satellite. SMC said it would be studying alternatives for a future satcom architecture.

According to Space Force budget documents, the plan is to award up to three competitive rapid-prototyping contracts for ESS.

Northrop Grumman is Lockheed Martin’s primary subcontractor for AEHF. The company provides the communication payloads for all AEHF satellites. These payloads contain the processing, routing and control hardware and software that perform the satellite’s core communications mission.

Northrop Grumman also supplies the bus structures, heat pipes and solar array hinges for the AEHF satellites, as well as propellant and pressurant tanks for the spacecraft.