The selection of NSTXL to manage the Space Enterprise Consortium is being reexamined following revelations that a Texas court ruled the company acted fraudulently in a dispute with a business partner.
SpaceNews 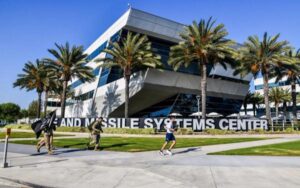 WASHINGTON — The recent selection of NSTXL to manage space technology projects for the U.S. Space Force is being reexamined following revelations that a Texas court ruled the company acted fraudulently in a dispute with a business partner.

The Nov. 24 ruling against NSTXL by a district court judge in Harris County, Texas, was first reported by the Washington Post Dec. 30. NSTXL, based in Arlington, Virginia, is short for National Security Technology Accelerator.

The Space and Missile Systems Center in Los Angeles had planned to officially award a contract to NSTXL on Dec. 31 to manage the Space Enterprise Consortium. But that is now on hold, said Capt. Kaitlin Toner, a spokesperson for the Space and Missile Systems Center. “SMC intends to delay the award in order to further evaluate this litigation,” Toner said in a statement to SpaceNews.

Toner said a review will be performed by SMC contracting officers and it’s not clear how long it will take. “The Space Enterprise Consortium is the premier tool for industry engagement and rapid prototype development in the space defense arena, so we are intent on doing our due diligence in thoroughly assessing this matter,” she said.

SMC announced earlier this month that NSTXL — a nonprofit corporation that connects commercial businesses with government buyers — was selected to manage the Space Enterprise Consortium known as SpEC. The consortium awards contracts to companies for the development of technology prototypes under agreements known as Other Transaction Authority, or OTAs, which move faster than traditional government contracts.

The current manager of the SpEC is Charleston, South Carolina-based Advanced Technology International. The company was awarded a five-year agreement in 2017 to oversee up to $100 million worth of projects. Because of the growth in the demand for space technology prototyping, the Space and Missile Systems Center decided to increase authorized funding for SpEC to $12 billion worth of projects over the next 10 years. A solicitation for bids for the consortium management contract was issued in March and the evaluation process was completed in November.

Toner said the current SpEC contract with ATI “has reached its total ceiling value and can no longer be utilized to award new prototype projects” so it has to be re-competed. ATI will continue to manage the projects already awarded.

The U.S. Air Force created the SpEC to help attract startups and commercial companies from the space industry to bid on military projects.  The consortium currently has 457 members, many of which are startups, small businesses and academic institutions.

NSTXL said it is appealing the judge’s ruling in the case against former business partner TechConnect. In a statement Dec. 30, NSTLX said the Washington Post story “highlighted an ongoing civil matter regarding a contract dispute with a former events and conference vendor that was terminated nearly three years ago and that has no relationship whatsoever with our ongoing work with the Department of Defense.”

The selection of the SpEC contractor and other large-value OTA contracts are subject to 30-day congressional and DoD reviews. In this case that 30 day period would have been up Dec. 31. According to The Washington Post, the Space and Missile Systems Center was not aware of the Texas lawsuit against NSTXL until a reporter inquired about it. NSTXL in the statement said it “did inform its existing government customers of the ongoing contract dispute.”

The SpEC consortium is one of many Other Transaction Authority contracts employed by defense agencies for research-and-development projects. Congress in the National Defense Authorization Act for Fiscal Year 2016 included language to encourage DoD to use “Other Transactions for Prototype Projects” to speed up innovation.

“Leveraging innovative technology is critical to the Department’s ability to increase the pace at which it delivers innovation to the warfighter,” Stefanek said in a statement to SpaceNews. “We use every contracting tool and authority available while ensuring significant guidance and controls are applied to ensure proper oversight and maintain the integrity of the process.”