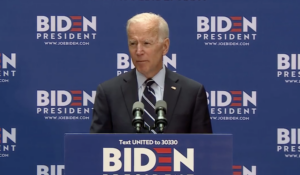 The Pentagon’s overseers in Congress have been consistently critical of how the military acquires space hardware. Frustration with space procurements was in fact one of the catalysts for the creation of the U.S. Space Force.

Earlier this year, Air Force and Space Force leaders sent congressional committees an “alternative acquisition system” proposal the Trump administration ended up pulling back because it had not been cleared with the White House budget office.

In the coming year, Space Force brass and the next secretary of the Air Force will face renewed pressure to get their acquisition house in order.

Congress has sought for years to get the Defense Department to embrace the need to speed up technological innovation. The fiscal year 2021 National Defense Authorization Act directs the Department of the Air Force to report back by May 15 with recommendations “specifically tailored for space systems acquisition” for making programs move faster, improving coordination across agencies, and using commercial capabilities and services as much as possible.

While President Trump has said he won’t sign the must-pass bill if it doesn’t include a score-settling provision stripping social media companies of a long-standing liability shield, Congress appears to have the votes to override his veto. Should time run out on the current session of Congress, lawmakers appear to have the will to swiftly reintroduce the NDAA next year and send it to Biden, who takes office Jan. 20.

A Capitol Hill source said the language in the NDAA shows there is a “real appetite to move the needle” in space acquisition reforms as concerns grow about China’s rapid technological advances in satellites, launch vehicles and weapons that could target U.S. space systems.

The Space Force must also sort out the organization of its planned acquisitions arm, the Space Systems Command. This new command has to bring together the massive Space and Missile Systems Center with other smaller fiefdoms that operate independently and have different cultures, so this will be a significant bureaucratic challenge for the Space Force.

A recent report by the nonprofit Secure World Foundation calls out the acquisition of military space systems as a problem that the Biden administration should not ignore.

“[T]he biggest unresolved policy gap is how to fix the way the military acquires new space capabilities,” the report says. “There is general agreement that the current process is too slow and rigid to respond to emerging threats.”

Companies and investors in the space industry, meanwhile, continue to be bullish about U.S. government investments in space. And they are waiting to see how the Space Force’s rhetoric about space being a “warfighting domain” translates into the purchase of hardware and services.

“Interest in space is booming despite COVID,” investment bank Morgan Stanley told clients in a research note following a “Space Summit” it convened Dec. 3 to bring investors together with space firms, analysts and a handful of senior U.S. government officials, including a top Space Force officer.

“Space and national security are practically synonymous at this point,” Morgan Stanley told clients, casting defense as a “critical driver” of a growing space market.

Fueling this optimism are expectations that space will command a growing share of the Pentagon’s budget even if overall defense spending is dialed back under the Biden administration. Biden has identified space among the critical areas — along with cyber, unmanned systems and artificial intelligence — where the Pentagon should make long-term strategic investments.

But if the Space Force is going to get more money, it would behoove the service to put its acquisition house in order.

“On National Security” appears in every issue of SpaceNews magazine. This column ran in the Dec. 14, 2020 issue.