Scientists are betting on commercial reusable suborbital vehicles to advance the next frontier of science.
SpaceNews 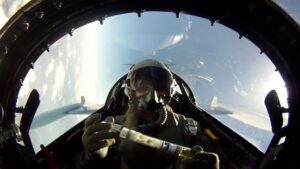 A volcanologist travels to and descends down the rim of a caldera. A geophysicist travels to and scales a glacier to drill samples. Scientists travel and work across Antarctica. A scientist studying phenomena of liquids and gases for use in the weightlessness of spaceflight sits on the ground. Play the child’s riddle: which one of these four fails to fit in with the other three? Blue Origin has already flown over one hundred automated research payloads in their reusable commercial suborbital New Shepard rocket, with researchers sitting on the ground. Virgin Galactic is flying crew members and automated payloads on their SpaceShipTwo vehicle. These two independent achievements point the way to advance the sciences in a unique manner: suborbital spaceflight experiments flying along with the specialist researcher.

On Oct. 8, NASA announced its selection of Alan Stern of Southwest Research Institute as the first funded principal investigator to fly with their own payload in this manner. In March 2020, NASA Administrator Jim Bridenstine announced the Suborbital Crew program, extending these opportunities to include not just academic and industrial researchers, but civil servant researchers as well. These announcements reflect strong and growing support for fully utilizing the research capabilities of commercial reusable suborbital vehicles. The research community, including the Suborbital Applications Researchers Group (SARG) of the Commercial Spaceflight Federation, support these capabilities that will provide unprecedented opportunities on commercial reusable suborbital vehicles.

Contemporary science often relies on specialized expert researchers in the environment of the science — volcanoes, deep-sea submarines, the large airborne infrared telescope known as SOFIA, and the polar regions of Earth. The histories of science and technology successes abound with additional examples. These historical and everyday events should lead to a researcher flying with his or her experiment, for which they are the sole best-qualified expert, in suborbital spaceflight as an obvious plan.

Good questions. Here’s why those are suboptimal options.

NASA astronauts perform countless tasks for many researchers who identify the need, conceive of the experiment, and compete for the funding and opportunity to build and launch the payload. As researchers, we are best-suited to observe with expert curiosity, rapidly draw initial inferences from new results and re-run the test with suitably modified conditions to test the inferences, to maximize productivity during operations in weightlessness, and to assemble all the knowledge in one place to perform or recognize the serendipitous discovery when the opportunity presents itself. This is why NASA flew space shuttle payload specialists from industry and academia. As researchers, we are appreciative to have NASA astronauts involved in experiments on the ISS, and yet they are not as knowledgeable and experienced in the physical, chemical, or biological processes as the Principal Investigator (PI) and other lead scientists. The good news is that today, suborbital spaceflight is more economical, and vehicles exist to fly PIs to space to perform the experiments themselves.

Experiments that explore novel physical and chemical phenomena in weightlessness; explore astronomical events; develop instrumentation; study biological adaptation to spaceflight; develop medical procedures and equipment for future long-duration spaceflight; and make observations in the mesosphere and lower thermosphere will deliver superior science with an expert human performing the experiment in the spacecraft. While automation will suffice for selected experiments, the time is now to ensure we achieve the best science in the best manner possible. Human-tended suborbital experiments flying with the new commercial reusable suborbital spaceflight industry are now possible and are vital to best advance science and technology.