It’s past time for a multilateral agreement on the principles governing space traffic management and sustainability, writes Jennifer A. Manner.
SpaceNews 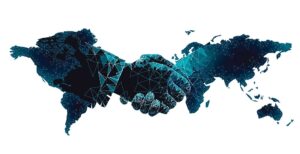 In early October, the United States, the United Kingdom, Australia, Japan, Luxembourg, the United Arab Emirates, Italy and Canada entered into the Artemis Accords, which established agreed principles for cooperation in the civil exploration and use of the moon, Mars, comets and asteroids for peaceful purposes. The Artemis Accords build on multiple treaties that have shaped the behavior of nations and their commercial industries in the exploration and use of space, including the 1967 Outer Space Treaty, the 1972 Liability Convention and the 1975 Registration Convention. These prior multilateral agreements have a significant number of signatories and, accordingly, have been widely adhered to as binding international law, whereas the Artemis Accords today have eight signatories committing to implement a set of agreed principles through bilateral agreements. Therefore, it has been almost 50 years since any significant changes have been made internationally to address the evolution in the use of space resources, despite the dramatic increase in space activities during these past decades. With countries and commercial users planning increased short-term and long-term space missions, including for human habitation, mining, communications and energy, the Artemis Accords, while welcome, are overdue.

But perhaps even more overdue is a multilateral agreement — which the Artemis Accords are not — on the principles governing space traffic management and space sustainability. In the late 1970s, shortly after our last major treaty on space sustainability was in place, NASA was already predicting the Kessler effect, a theoretical scenario in which the density of low Earth orbit objects increases due to space pollution and becomes high enough that collisions between objects could cause a cascading effect, increasing the risk of further collisions. This would ultimately foreclose use of low earth orbital resources. If true, this would mean that even objects heading to geostationary orbit or farther into space (e.g., to the moon and Mars), would face increasing dangers as they travel through lower orbits.

While we may not be there quite yet, today we do know there are approximately 29,000 objects of 3.9 inches in size or more floating around in space. And we know this number is growing. There are many megaconstellations planned to operate in low earth orbit for communications. For example, Starlink has proposed 42,000 satellites in multiple planes operating above the globe and has already launched close to 1,000 satellites, and Kuiper plans to have over 3,000 satellites when its constellation is in place. Each of these systems adds a new risk to the already risky space environment, especially since the rules required to address space traffic management and sustainability issues/challenges raised by these systems are not in place.

And this is just one part of the problem. We have a growing number of experimental and small satellite systems that lack maneuverability capability and an increase in the number of space vehicles, including for space tourism. This does not even take into account the number of rocket launches needed to propel each of these objects into space, nor the debris left by these rockets.

The Artemis Accords were not designed to address this problem, although the signatories to the agreement in Section 9 “intend to use their experience under the Accords to contribute to multilateral efforts to develop international practices and rules applicable to preserving our outer space heritage.” Article 7 also recognizes the need to register space objects under the Registration Convention. These provisions, however, are not sufficient. Outer space is a scarce resource and, according to the 1967 Outer Space Treaty, “the province of mankind.” Yet, despite this recognition, the world is falling behind in protecting this very important and delicate resource.

Today we have some countries, like the United States and the United Kingdom, that are looking at ways to ensure space sustainability (at least until more formal international action is taken), but many of the proposed approaches fall short. For example, the United States’ Federal Communications Commission (FCC) has recently proposed broad indemnification and bond requirements as a way to deter or punish communications satellite operators that act in an unsafe manner or fail to de-orbit their satellites safely. However, such post-hoc regulations are no substitute for creating a regulatory framework that enables and encourages good behavior across the globe. Regulators must work to develop frameworks that set standards that allow operators to determine the best way to meet them. If these standards are not met, then enforcement would be appropriate. But enforcement without sufficient standards, as the FCC is proposing, will not be successful over the long term.

In addition, to succeed, countries cannot act on their own. Space is a global resource, and so any long-term solution must be global. Regional actions, like the Artemis Accords, are important first steps, but governments must come to the table, like they did in the late 1960s and early 1970s when we first explored space, if the space resource is going to be truly sustainable. This also means that space actors, whether public or private, must recognize their own self-interest in the development of a sustainable space environment. We are already heading down a path to space pollution that is hard to correct. Accordingly, we must act now and with urgency to preserve this important scarce resource for future generations.

This article originally appeared in the Dec. 14, 2020 issue of SpaceNews magazine.