The notion that we now have “enough” launch providers and therefore the government should direct private investors elsewhere is misguided.
SpaceNews 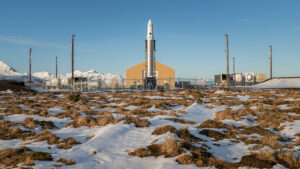 There has been a flurry of speculation recently that too much investment is being poured into risky launch ventures, creating a speculative bubble in the launch services sector. Critics, government consultants, and even some military industry leaders have suggested that the government step in to redirect private investment to a more suitable direction.  At the dawn of this new space age, however, with the nearly limitless opportunities for enhancement of life on earth and exploration and settlement of the heavens, this is precisely the wrong approach.

Government functions at its best when it ensures equitable conditions for a new economic sector to innovate and grow, while regulating for the common good – not to manipulate for real or imagined special interests. In the case of the burgeoning space economy, a federally guided redirection of private investment is far more likely to result in perceptions of patronage and regressive capital allocations.

In a growth phase, unsuspecting investors can be led astray by opportunistic huckster salesmen, thereby creating an artificially inflated market – the so called “bubble” that people keep talking about.  This is not what we are witnessing in today’s space industry, though. Instead, private capital is being invested to explore hundreds of different technical and business approaches to better address current and future space launch needs. Very few of these will get to full scale development, but continuous investments to explore allow for a diverse field with which to investigate new and even better ways to perform such services. This diversity is exactly what stimulates further innovation and opportunity for the entire space mission.

The notion that we now have “enough” launch providers and therefore the government should direct private investors elsewhere is as misguided as the idea that the government should prop up failing incumbent businesses just to keep people employed. Such action would be comparable to, say, discouraging a young Steve Jobs or Bill Gates in the 1980s from getting involved in computers since Wang, and Digital had it “all figured out”.  In hindsight, even Bill Gates didn’t completely realize the potential of what he and Paul Allen had created, and famously dismissed the promise of the internet in his 1995 classic The Road Ahead.  Far worse than a startup investor with a blind spot, imagine the consequences if our government had decided to prop up those legacy computer companies that were quickly becoming obsolete because of the new and disruptive technology innovations that were on the horizon. In retrospect, policies like these are not well suited to fair competition within our economic system – and equally as wrong relative to our 21st century space economy.

The contrast between innovation and a bubble is further showcased by the rise of Elon Musk’s SpaceX. Was it a bubble when SpaceX had spent a hundred million dollars to challenge 50 years of rocket science orthodoxy? At the time, many of the most highly esteemed industry and government leaders defended the status quo, confident that our military industry already employed the world’s best rocket engineers with no way to improve upon their designs. But then along came an immigrant from South Africa with neither education nor experience in aerospace engineering. Confident in his new vision for humanity and a small amount of capital, Elon Musk’s unrelenting drive has inspired thousands like him to not follow the government’s lead but to pursue their own visions in space and help redefine that vision.

SpaceX is only the first of many to uncover and address massive inefficiencies in the launch business. Today’s venture capital and private equity firms are now interested in investing even further to explore other space business concepts and harness space’s unrealized returns. Because of this, the appropriate government response must be to encourage such private growth and not try to control it. It is time for our leaders in Washington to pivot towards a commercial-first, government-when-necessary policy that promotes a regulated yet highly competitive marketplace to replace a status quo still steeped in political deal making.

America works best when the government encourages small business creation and growth, instead of strengthening monopolies. Market winners ought to be decided by market consumers, and not government committees. By rewarding political patronage with oblique direction of private capital, we only end up with stagnation at best and tyranny at worst.  Today’s political leaders must prioritize policies that encourage innovation and free markets in the rest of the space economy.

This is not a new concept, either. Early in the Obama administration, NASA revealed incredible foresight by privatizing NASA’s human space flight program with its Commercial Crew program.  President Obama’s strong endorsement for Lori Garver’s brainchild is still today one of the most positive impacts of government involvement in the space industry since President Kennedy decided to deliver a man to the moon.

Previous administrations have done well to encourage the private sector in space, but this new administration needs to focus on the other 80% of the government business that is still open to  procuring off the shelf products and services for its needs. Beyond that, there are policy areas in which a forward-looking government can brighten our space future. Devising a fair set of regulations and guidelines for space traffic management and debris mitigation, for example, will protect the space commons from becoming an unmitigated orbital disaster. Moreover, a fair and equitable method to allocate frequency spectrum that encourages growth and new market entrants is essential going forward and can be aided by government policy.

We don’t yet know who the real titans of this space century will be, but if we want them to be American, the government should play a very supportive but limited role in laying a fertile foundation for innovation for the new economic sector. The decisions this administration will make in the coming years will dramatically effect the success of America’s role in mankind’s space economy.  Maturing the newest military service into a force that prevents space tyranny is critical. But in order for it to succeed, the government should lead by example and become a customer for commercial products and services, and not a dictator that chooses its favored winners.

Charles Beames is executive chairman of York Space Systems, a small satellite manufacturer. He is also founder and chairman of the SmallSat Alliance,