Just as governments closely scrutinize medical vaccines before approving them to mitigate the risks of broad harm, they must also carefully scrutinize strategies to mitigate orbital debris risk from the upcoming increase in launch activity, particularly in LEO.
SpaceNews 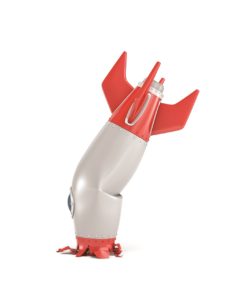 Upcoming large constellations in low Earth orbit are perhaps the most visible confirmation of the rapid innovation levels in satellite manufacturing and launch technology.

A mere decade ago, constellations of thousands of satellites, supported by manufacturing using three-dimensional printing technology, and rapid turnaround reusable launch vehicles would have been nearly unimaginable. Moreover, this technology portends to bring low-latency connectivity to masses of people who would otherwise be unconnected.

Governments are tempted to unquestionably support these technological marvels, along with the social benefits they herald. But just as governments closely scrutinize medical vaccines before approving them to mitigate the risks of broad harm, they must also carefully scrutinize strategies to mitigate orbital debris risk from the upcoming increase in launch activity, particularly in LEO.

Historically, orbital debris risk has never been factored into most space investment decisions, as investors have seen the risk as minimal. Only a handful or so of satellites have been damaged by orbital debris in the history of space.

However, in the future, orbital debris risk will be very different as operators launch constellations of 1,000-plus satellites in rapid sequence. Other issues, including lack of structural motivation to “do the right thing,” slow development of orbital debris removal technology, and lack of sufficient regulation, create a recipe for inevitable high risk.

In addition to merely putting more satellites in space, changes in the satellite design paradigm potentially exacerbate space debris risk. The traditional design paradigm is, at risk of oversimplification, based on an aerospace/defense mentality. This aerospace/defense mentality includes multiple redundancies and extensive testing to keep the failure rate as low as possible.

The aerospace/defense mentality is giving way to a Silicon Valley mentality that roughly boils down to “get something out [up] and then do repeat iterations to improve it.”

The new Silicon Valley mentality has been effective at driving innovation in many technology sectors. It has arguably led to enhanced innovation in the space sector by allowing satellite manufacturers and operators to incorporate feedback faster. However, rapid iteration of satellite and launch vehicle design also increases the risk of launch and in-orbit failures. Many of the smaller satellites even lack essential features to minimize risk, such as onboard propulsion.

The ultimate orbital debris risk is a Kessler Syndrome event in which an on-orbit collision creates a chain reaction with other satellites, making LEO unusable for generations.

A Kessler event could also cut off access to medium Earth orbit (MEO) and geostationary orbit GEO if low Earth orbit debris is so dense that it is hard to pass through it to get to higher orbits.

Approving satellite launches that could create such a Kessler scenario is the satellite industry equivalent of putting an untested vaccine on the market and then leaving all the used needles lying around to hurt the very people intended to be saved. All reasonable steps must be taken to minimize this risk without depriving society of the benefits the new technology can bring.

The chance that an event in LEO impedes access to MEO and GEO makes orbital debris potentially even more tragic than the typical “tragedy of the commons” (i.e., each LEO operator acting in their own interest destroys LEO for everyone). Ineffective regulation of orbital debris creates “external costs” born by other LEO operators as well as MEO and GEO operators who may have trouble accessing the higher orbits due to LEO’s adverse debris conditions.

Regrettably, technology for removing space debris has not advanced as fast as that of the launch vehicles and smallsat technology that can create the debris.

The current situation is as if the early car industry developed faster and faster cars before improving bumpers, seat belts, and other features to mitigate risk in parallel. This mismatch in technology development increases expected orbital debris and creates a risk factor of unknown size. The most effective hedge for a satellite operator against orbital debris risk is to launch additional redundant satellites. Such redundancy increases entry barriers in the industry, impeding industry growth. Launching additional redundant satellites may also increase the overall risk of extra space debris, the very risk the strategy seeks to hedge.

Given our current lack of technology to clear space junk and the long-life orbital debris that will result, then prevention is the only viable form of risk mitigation available today. Unfortunately, the parties developing space don’t have the proper incentives to minimize damage to the space ecosystem. Only regulatory action can rectify this problem.

Effective regulation for orbital debris removal has been a challenge for several reasons. First, various countries have different standards, and no government wants to drive its space industry to other states with more lax regulations. Second, countries could theoretically be responsible Given our current lack of technology to clear space junk and the long-life orbital debris that will result, then prevention is the only viable form of risk mitigation available today. for rocket debris caused by launches originating from their territory. However, even if the “culprit” can be established, it’s unclear how responsibility would be enforced, and typically no one can repair the damage. If a launch from the Baikonur Cosmodrome, for example, causes a Kessler syndrome event, the opportunity to sue the government of Kazakhstan won’t offer much consolation to the rest of the world.

One hope for accountability might be found in prior international environmental treaties that have proved successful. The Antarctica Treaty System, with its 55-country membership, comes to mind. The treaty has evolved with over 200 supplemental agreements since 1961, many related to environmental issues.

Space companies may argue that the bureaucracy of international treaties impedes innovation. They should look at the accelerated approval processes COVID-19 vaccines are currently undergoing.

The satellite industry has an advantage in that expensive and time-consuming clinical trials are unnecessary. Review data are computer-simulated and occur while other planning, design, and manufacturing efforts are taking place to minimize delays.

Regardless of the regulatory solution’s final design, it’s essential to have an effective process in place before the momentum of rapid mass launches increases. We are late to the party — let’s not wait longer before the concern becomes a crisis.

J. Armand Musey is president and founder of Summit Ridge Group, a financial advisory firm specialized in the telecom, media, and satellite sectors.