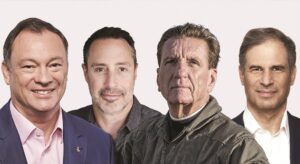 A new era of human spaceflight was launched with Axiom Space’s Jan. 26 announcement of the four private astronauts it will send to the International Space Station early next year aboard a chartered SpaceX Crew Dragon flight. The next week, SpaceX announced the privately funded Inspiration4 mission that will carry four civilians to Earth orbit perhaps as soon as later this year.

The Axiom Ax-1 mission will be the first purely commercial mission to the ISS while the Inspiration4 mission will be the first all-civilian mission to Earth orbit. In addition to adding a new dimension for space travel, these missions create new challenges and opportunities for space lawyers — representing private astronauts, some of whom will spend the approximately $55 million estimated by industry sources for participating in the Ax-1 mission.

The Inspiration4 flight is the creation of Jared Issacman, a wealthy business owner and pilot who reportedly has paid for the entire mission and is donating the other three seats to selected individuals with the goal of raising $200 million for St. Jude Children’s Research Hospital. One of the seats will go to a St. Jude health care worker. One will be raffled to St. Jude donors. And one will be given to someone who uses Issacman’s Shift4 Payments platform to start an online business.

While the Inspiration4 flight is unique, the Ax-1 flight is the first in a series planned by Axiom. Ax-1 will be commanded by Michael López-Alegría, a former NASA astronaut now with Axiom. With him will be three multinational private astronauts and Axiom customers: Larry Connor of the United States, Mark Pathy of Canada and my client Eytan Stibbe of Israel. All will spend about eight days on the space station.

Axiom provides all the services needed by private astronauts including training, transportation, mission planning, hardware development, life and medical support, crew provisions, safety and hardware certifications, on-orbit operations, and overall mission management. In order to provide these services, Axiom has agreements with SpaceX for launch and Crew Dragon transportation to and from the ISS, and with NASA for accommodations on the ISS.

Axiom, and any other similar service providers, will enter into contracts with private astronauts for each mission. Axiom anticipates two missions per year, so there should be at least six private astronauts each year needing legal advice to navigate the complex web of national and international laws related to their contractual rights and obligations.

One of the key legal issues, and perhaps the one most familiar to those in the space industry, involves cross-waivers of liability. Many are generally familiar with the waivers applicable to the launch and reentry phases required by the Commercial Space Launch Act and implementing FAA regulations. NASA also has waivers applicable to activities related to the space station. Such waivers are part of the legal regime established by the Outer Space Treaty and other international obligations, including the Intergovernmental Agreement (IGA) between the nations involved with the ISS and associated Memorandums of Understanding (MOUs) between NASA and cooperating space agencies. The IGA and MOUs provide details on use of the ISS, including commercial uses, such as private astronaut missions, and requirements for such uses. Waivers may also apply to terrestrial activities. For example, astronaut training entails certain risks. Those risks will be managed, at least in part, by cross-waivers. Additionally, states in which training, launch and reentry activities may be conducted likely will have their own waivers applicable to all “space flight participants.” In short, the web of potentially applicable cross-waivers is extensive and private astronauts need to understand what risks they are waiving and evaluate whether such risks can be managed by insurance or otherwise.

What the private astronauts may do regarding research and other activities can be important for a variety of reasons. All the Ax-1 private astronauts will conduct scientific and educational activities on the ISS. For example, Eytan Stibbe will collaborate with the Israel Space Agency and the Scientific and Technology Ministry and donate his ISS time to educational and scientific projects on behalf of the Ramon Foundation. Larry Connor and Mark Pathy will also donate time for scientific and educational purposes to specific organizations. Attorneys should evaluate what, if any, tax advantages could be realized from such donations.

Delays are a fact of life in the space industry and the potential impacts of delays must be considered by the private astronauts and their lawyers. Given that the schedule for missions to the ISS could take years from contract formation to the flight, it’s important to understand how delays will be handled contractually. Delays would not just be inconvenient; they could cause the inability of a private astronaut to participate in a mission for a variety of reasons. Provisions for a backup or replacement astronaut ready to take the vacant seat and assume financial responsibility can mitigate the financial risks to the private astronaut who has paid millions but is unable to fly.

In addition to the above key issues, private astronaut agreements will need to address a host of issues including: medical and other qualifications; the price to be charged and payment terms; insurance for possible damage to ISS equipment for which the astronaut and his government might be responsible; the length of the agreement; conditions upon which the astronaut may receive a refund; the impact of force majeure events such as pandemics; rights to media; access to voice and video communications while on the ISS; the responsibilities of Axiom or another service provider; sponsorship; duties while on the ISS including, for example, galley and toilet operations; dispute resolution; events of default; and cure opportunities. As in most legal agreements, the devil is in the details. Lawyers will need to explore those details in great depth with their private astronaut clients.

In closing, Michael Suffredini and his Axiom team should be congratulated for pioneering this first all-commercial mission to the ISS. That team includes his lawyers who helped identify and address the legal challenges present in the complex contractual arrangements with private astronauts. And Mr. Isaacman is to be applauded for making Earth orbit accessible to the three individuals who will be lucky enough to fly with him.

Milton “Skip” Smith is a space lawyer with Sherman & Howard and is on the board of the International Institute of Space Law. Smith represented Israeli private astronaut Eytan Stibbe in contract negotiations with Axiom.

This article originally appeared in the Feb. 15, 2021 issue of SpaceNews magazine.