At first glance the FAA/SpaceX dust-up over Starship might look like a rich entrepreneur breaking the rules versus a federal agency trying to keep the public safe. It’s actually an example of a government organization — the FAA — unable to distinguish between innovation and execution.
SpaceNews 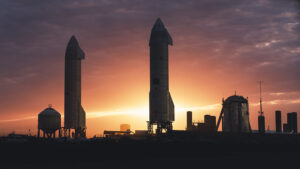 Fifty years ago, Boeing was the gold standard for aviation and aerospace engineering excellence. And the FAA led the world in setting aircraft and airspace safety standards. No longer.

Today, the fate of the SpaceX Starship offers an example of how government oversight agencies can stifle innovation when they are unable to distinguish between innovation and execution and throw roadblocks in front of the single company that has transformed access to space.

In delaying test launches of the SpaceX Starship, the FAA desired a lengthy investigatory period that created unnecessary roadblocks for a company that for better or worse now wears the mantle of the U.S. national champion for access to space.

While at first glance the FAA/SpaceX dust-up over their rapid rocket development might be looked at as a rich entrepreneur breaking the rules, and a federal agency trying to keep the public safe, it is actually an example of a government organization — the FAA — unable to distinguish between innovation and execution.

In innovation failure is part of the process. Test rockets blow up, test airplanes may crash. If you do not push the envelope and discover the limits of your design you’re not innovating fast enough or far enough. It goes without saying that you strive to minimize loss of life and property, but the rules governing innovation programs should recognize a heightened need for speed. The U.S. government appreciated this when developing rockets and experimental aircraft in the 1950s and 1960s.

Both the House and Senate investigations of the FAA’s failures in the Boeing 737 Max crashes found that there were “lapses in aviation safety oversight and failed leadership at the FAA” and called for “consistent oversight to ensure their work to protect the flying public is executed fully and correctly.” This meant the FAA failed to execute their basic mission — to provide the safest, most efficient aerospace system in the world. Execution, here, means following known, repeatable processes — in this case monitoring the design of new systems in an aircraft design — something they’ve done for 60-plus years. The goal is for the FAA to ensure aircraft don’t fail by design. For the FAA, risk reduction to protect the flying public is paramount. Failure in execution in monitoring Boeing meant people at the FAA failed to do their job. And two airplanes crashed because of that.

It appears that the FAA is licking its wounds from the public admonishments from Congress. Yet rather than focusing on ensuring the safety of commercial airlines it’s engaging in political theater in “virtue signaling” its concern for public safety. It’s doing neither.

Regardless of the antics of its CEO (something I know first-hand since Elon Musk’s first job in Silicon Valley was as my intern), SpaceX and others innovating with speed and urgency need to operate with different rules — ones for innovation. Rules we knew how to apply when we developed rockets and experimental aircraft in the 1950s and 60s. Rules the FAA simply no longer understands nor is capable of managing.

Someone — the White House, the National Security Council — needs to intervene and relieve the FAA of oversight of innovation and experimental programs. And have them focus on repairing their basic functions of ensuring safe commercial aircraft and airspace.

And perhaps a new FAA administrator will hang in their hallway the photos of the 346 people killed to remind them what happened when the FAA didn’t do its job.

Steve Blank is a Silicon Valley entrepreneur, an adjunct professor at Stanford University and a senior fellow for innovation at Columbia University.