On the heels of raising $24 million in December, Orbex announced Feb. 24 that it has commissioned AMCM to build a large-volume 3D printer for manufacturing its rocket engines.
SpaceNews 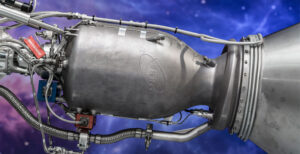 VALETTA, Malta — On the heels of raising $24 million in December, Orbex announced Feb. 24 that it has commissioned AMCM to build a large-volume 3D printer for manufacturing its rocket engines.

The Scottish microlauncher startup is currently developing Prime, a two-stage launch vehicle powered by six first-stage and one second-stage biopropane engines. The maiden flight of the vehicle is slated for 2022 from a proposed launch facility in Sutherland, Scotland.

Orbex said the 3D printer will be the largest in Europe, enabling the company to produce more than 35 rocket engines a year. Initially, however, the printer will be used to perfect its first- and second-stage engine designs.

“Although our rocket engines and other critical systems are already quite mature after years of testing, a large-scale in-house 3D printing system like this gives us far greater speed and agility as we ramp up production,” said Orbex CEO Chris Larmour. “It means we can continue to iterate and drive up performance even further.”

The 3D printer being created for Orbex is based on the four-laser AMCM M 4K-4 metal printing platform, which the German technology company began mass producing last June. A similar AMCM 3D printer has been utilized by U.S.-based microlaunch startup Launcher to produce test prototypes of its E-2 rocket engine.

In addition to the 3D printer itself, the multimillion dollar deal includes post-processing machinery and an automated imaging-based inspection system to validate the quality of prints.

To accommodate the 3D printer and its associated equipment, Orbex says it will expand the factory floor space of its development facility in Forres, Scotland by 1,000 square meters.

The Orbex Forres facility was opened in 2019. The 2,000-square-meter facility includes a rocket design and integration facility, an operations centre and executive offices. Work on the expansion of the facility has already begun.

Orbex has secured customers for six Prime launches to date. The maiden launch of the vehicle is slated to carry an experimental payload for smallsat manufacturer Surrey Satellite Technology Ltd. Larmour said the company expected to announce additional customers in the next several months.