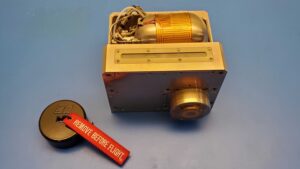 Phase Four said its Maxwell plasma propulsion systems were on two of the 143 spacecraft launched on the Transporter-1 mission. The company declined to name the satellites at the request of its customer, which is flying an operational mission but is also testing other new designs on those spacecraft.

The thrusters on those two satellites are the first developed by Phase Four, founded in 2015, to fly in space. In an interview, Beau Jarvis, chief executive of the company, said the company eschewed an approach of quickly building and flying a technology demonstration and then raising money to build a commercial model.

“What we wanted to do is make sure what we were developing was an actual product that customers wanted,” he said. “It took us more time because we had to find customers and then build the thing that they wanted, but it’s paid off for us.”

Jarvis said Phase Four expects to deliver two to four thrusters each quarter this year, with six to 10 launched by the end of the year. The company, currently with fewer than 20 people, is planning to hire additional staff and scale up production, with a goal of producing 10 to 20 per quarter.

The Maxwell thrusters use radiofrequency technology, rather than traditional electrodes, to produce plasma, an approach the company has argued is easier and less expensive to manufacture.

Jarvis said the thrusters are best suited for “moderately powered” microsatellites, weighing 50 to 200 kilograms and with 300 to 500 watts of power. “When you get to that power level, you get the benefits of electric propulsion, which gives you moderate thrust and good efficiency,” he said. The company says that Maxwell is the most compact electric propulsion system in its class, about the size of a toaster and weighing just six kilograms.

Phase Four is working on new versions of Maxwell, including the ability to use propellants other than xenon and krypton that have traditionally been used for electric propulsion. Those alternative propellants could be stored densely, Jarvis said, but not require pressure vessels. The company is also developing higher-power versions of the thruster.

“This first product, Maxwell, was critical because the customers we were delivering it to are very space-constrained in their satellites, so they needed something as compact as possible,” he said. “What we’re seeing now with new customers is that they have different mission requirements, larger satellite buses and larger power budgets, so there’s capability for us to fit into that market and go after a larger segment of the small satellite world.”

The company is also working with NASA to perform lifetime testing of Maxwell and future thrusters using a test chamber at the Glenn Research Center, which Jarvis said is intended to assure customers that the thrusters can operate as long as intended. “The aerospace community, even in the startup world, is still relatively conservative,” he said. “People want to know how long your technology will work.”