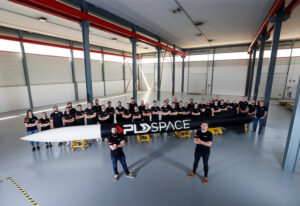 PLD Space spokeswoman Lorena Santos said Sept. 17 the new investment will allow the Elche, Spain-based company to add at least 10 people to its roughly 40-person staff as it works toward a late 2021 or early 2022 debut of its Miura 1 suborbital rocket.

The investment is part of an ongoing Series B funding round being managed by ArcanoBlueBull, a four-year-old technology M&A firm that merged with Arcano Partners earlier this year.

Santos declined to say when PLD Space expects to close its Series B round or how much it seeks to raise. The company’s nearly 17-million-euro Series A round — raised with BlueBull’s help — took more than two years to close, wrapping up in 2019 with a 9-million-euro tranche.

Jon Garaiyurrebaso, an investment banking partner at Arcano Partners, said PLD Space is the firm’s first foray into Spain’s space technology sector. “Although there are a few technological challenges to overcome, we think PLD is in the path to be one of the very few players in a global industry,” Garaiyurrebaso told SpaceNews via email.

Arcano Partner’s 7-million-euro infusion comes less than a month after PLD Space announced Miura 1’s development was back on track after losing its first flight engine on the test stand last year.

Prior to losing the kerosene-fueled Teprel-B engine during a May 2019 hot-fire test, PLD Space planned to conduct Miura 1’s maiden launch that year. After standing down for several months, the Teprel-B returned to the test stand, completing a mission-duration two-minute burn announced in February. Late last month, the company said it had met additional technical milestones, including a successful series of Teprel-B thrust vector control tests.

In addition to the six experiments, half the rocket’s payload space will carry a suite of sensors that will track every detail of its maiden flight. PLD Space plans to use what it learns from the maiden Miura 1 flight and subsequent flights of the suborbital rocket to continue its development of the partially reusable Miura 5, a microsatellite launcher being designed to carry 300 kilograms to low Earth orbit.

PLD Space was founded in 2011 with the vision of fielding the first European reusable rockets.