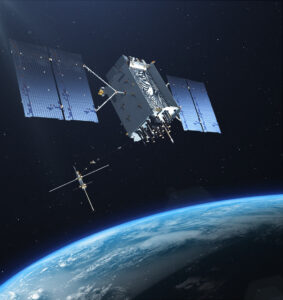 WASHINGTON — The Trump administration on Jan. 15 issued a policy memo focused on the United States’ dependence on the Global Positioning System and the need to prepare for a day when GPS might not be available.

A constellation of 31 GPS satellites operated by the U.S. Space Force use radio navigation to provide positioning, navigation and timing information to military and civilian users worldwide. Satellites in space rely on GPS for navigation, attitude control, space situational awareness and new science applications such as radio occultation.

Space Policy Directive-7 highlights the United States’ ever growing dependence on space-based positioning, navigation and timing. It suggests government and commercial organizations should have access to backup PNT technologies as GPS signals are likely to be disrupted. SPD-7 repeats many of the points and recommendations made by Trump in a February 2020 executive order.

The increasing reliance on GPS for military, civil and commercial applications makes the system vulnerable, says SPD-7. “GPS users must plan for potential signal loss and take reasonable steps to verify or authenticate the integrity of the received GPS data and ranging signal, especially in applications where even small degradations can result in loss of life.”

SPD-7 says the United States “encourages the development of alternative approaches to PNT services and security that can incorporate new technologies and services as they are developed, such as quantum sensing, relative navigation and private or publicly owned and operated alternative PNT services.”

The policy says the United States supports the use of foreign satellite-based PNT services to supplement GPS. The integration of new services can improve accuracy, availability and resilience, says SPD-7. However, the U.S. government “does not assure the reliability or authenticity of foreign PNT services,” the policy says. “Receiver manufacturers should continue to improve security, integrity and resilience in the face of growing cyber threats.”

SPD-7 came out just hours after Vice President Mike Pence — who was chairman of the National Space Council for the four years of the Trump presidency — issued a report highlighting the council’s impact in civil and national security space activities.