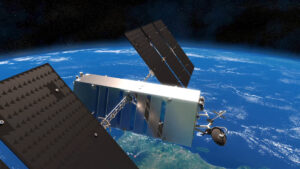 “The Lightspeed program will create 600 high-paying STEM jobs, leverage Quebec’s substantial aerospace expertise and infrastructure, and allow the province to harness the significant economic growth from the burgeoning New Space economy,” according to a Feb. 18 news release.

Telesat, a firm that has focused to date on providing communications from geostationary satellites, announced its selection Feb. 9 of Thales Alenia Space to manufacture 298 satellites to beam Wi-Fi to ships and aircraft, as well as businesses and government customers from low Earth orbit.

Thales Alenia Space will establish an assembly, integration and testing facility for Lightspeed satellites in Quebec. “This state-of-the-art facility will leverage next-generation manufacturing capabilities to deliver on average one Lightspeed satellite per day,” according to the news release.

The Quebec government will obtain $200 million in preferred Telesat equity and provide the company with a $200 million loan as part of an agreement expected to be signed “in the coming months,” according to the news release.

MDA will provide phased array antennas to be incorporated into Telesat Lightspeed satellites. “In manufacturing these revolutionary antennas, MDA will leverage 3D additive manufacturing and will incorporate advanced beam hopping technology that will allow the Lightspeed constellation to dynamically and flexibly focus high-capacity broadband links into rural and remote communities and other demand hot spots around the world,” according to the news release.