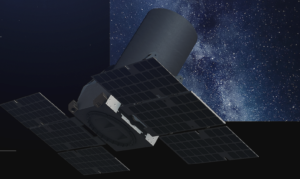 Boulder, Colorado-based Blue Canyon from now on will be part of Raytheon Intelligence & Space, a business unit of Raytheon Technologies based in Arlington, Virginia.

The deal was first disclosed Nov. 10 and was projected to close in early 2021. It was approved sooner than expected.

Blue Canyon has a commercial satellite business but has been growing its defense sales. The company currently has more than 90 satellites in production for the Defense Advanced Research Projects Agency, the U.S. Air Force and NASA.

In July it won a $14.1 million DARPA contract to produce four satellite buses for the Blackjack program. The contract has options for DARPA to buy up to 20 satellites for $99.4 million.

According to industry sources, Raytheon for years had been looking to buy a satellite manufacturer to support its U.S. military and intelligence space programs, most of which are classified.