Evona, a U.K. space industry recruiting startup, is preparing to establish a U.S. office as part of its campaign to feed global demand for space sector employees.
SpaceNews 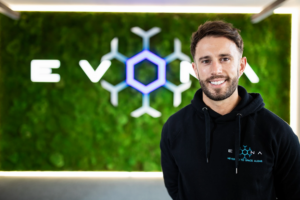 SAN FRANCISCO – Evona, a U.K. space industry recruiting startup, is preparing to establish a U.S. office as part of a campaign to help satisfy global demand for space sector employees.

Bristol-based Evona has been growing rapidly since it was founded in 2019 to recruit workers for entrepreneurial space companies. Evona’s year-over-year revenue jumped more than sixfold in the last year and its staff has tripled in two years, the company announced March 17.

“About 60% of the business we do is in the U.S., about 30% in Europe, and about 10% is in Singapore, India, and all over the world, Tom Kelly, EVONA co-CEO and co-founder, told SpaceNews.

Evona helps companies identify and recruit workers with varied talents from RF, mechanical and systems engineering to welding and fabricating.

“Evona has been an incredibly valuable partner in our own recruiting needs as well as supporting numerous companies through Space Talent,” Justus Kilian, Space Talent founder, said in a statement. “They’ve demonstrated the ability to find great talent at all layers of the space technology stack and fill a wide variety of business and technical roles.”

Jessica Maddin, Honeybee Robotics human resource generalist, said in a statement, “They have delivered top-quality candidates to us and helped us fill many hard-to-fill speciality roles … While I find it to be a little strange they are in the U.K. doing the U.S. recruiting, I am glad they are because they have helped us find some great talent!”

Before adopting the name Evona and creating a new website, the recruiting firm was called We Are Quattro.