Rocket Lab announced Sept. 3 that it has placed its first Photon satellite into orbit, demonstrating the spacecraft’s technologies and the company’s ability to provide end-to-end space solutions.
SpaceNews 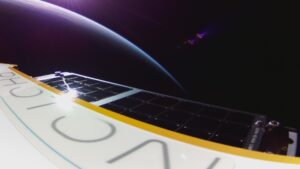 WASHINGTON — Rocket Lab announced Sept. 3 that it has placed its first Photon satellite into orbit, demonstrating the spacecraft’s technologies and the company’s ability to provide end-to-end space solutions.

“This is our very first Rocket Lab-built and -designed satellite,” Peter Beck, Rocket Lab chief executive, said in a call with reporters. “For the first time we are a complete end-to-end service.”

First Light is intended as a technology demonstration, testing key subsystems such as power, thermal management and attitude control. “We wanted to prove out all the things that didn’t have flight heritage,” he said. It also carries what he called a “pretty sweet camera” that has provided images of the spacecraft and the Earth.

The spacecraft will be on orbit for five to six years. Besides testing spacecraft technologies, First Light will also be available for potential customers to try out.

The company did not announce in advance plans to test Photon on this latest launch, which also served as the return to flight of the Electron after a launch failure in early July. “I kind of like to do stuff and make sure it works before announcing it,” he said.

More Photons that will primarily demonstrate the spacecraft’s capabilities will launch before flying customers, Beck said. “We’re developing a whole cadre of tech demos,” he said that will be flown on upcoming Electron missions. He suggested the first operational Photon mission would be the launch of NASA’s CAPSTONE cubesat to lunar orbit early next year.

Rocket Lab announced Photon in April 2019. The company said that, by offering customers a proven satellite bus based on the Electron’s kick stage, those customers could focus on developing their payloads, rather than also work on a satellite bus.

“You can use not only a proven launch vehicle but a proven spacecraft platform, so you’re not taking any development time or risk in getting your idea into orbit,” Beck said in an interview at the time the company announced Photon. Space startups, he said, often struggle with satellite development. “They’re trying to provide a data service but they have to go through all the learning of developing their own satellite, rather than get straight to revenue.”

Beck reiterated that in the call with reporters about the Photon launch. Potential customers include those who want to get flight experience with a payload quickly, or those who prefer a turnkey solution that includes the satellite bus, launch and ground stations. Beck noted that Photon’s propulsion system offers “incredibly high delta V,” or change in velocity, which has attracted interest from government agencies.

The goal of the overall effort, is “not to build a platform that limits it to a narrow group of missions” but instead one that is versatile. “It’s something best in class that covers a wide variety of missions.”

Beck said that the company has been working with a “select group” of customers while developing Photon, but did not name any of them. “The interest in Photon and the capability it represents is enormous,” he argued. He also declined to state how much the company has spent on Photon.

Over time, the revenue the Photon satellite program could rival that from the Electron rocket, he said, a diversification essential to stand out in a crowded market. “We’ve got a great launch business,” he said, “but in 2020 and onwards, you can’t just be a launch company.”