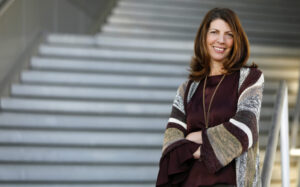 SAN FRANCISCO – In spite of the COVID-19 pandemic and associated business challenges, 2020 has been a good year for Airbus Defence & Space satellite sales.

“It will be probably one of the best years that we’ve had in terms of orders,” Jean-Marc Nasr, Airbus Defence & Space executive vice president for space systems, said Nov. 9 during a World Satellite Business Week panel. “Stay tuned for more announcement to come before year end.”

Airbus announced orders in 2020 to sell one satellite apiece to Australian satellite operator Optus, Emerati fleet operator Yahsat and Arabsat of Saudi Arabia. In addition, Yahsat obtained an option for an additional satellite. Plus, 11 of the 13 C-band satellites operators ordered to clear C-band spectrum for 5G in the United States have Airbus equipment onboard, Nasr said.

Nasr’s fellow satellite manufacturers on the panel expressed similar optimism that overall demand for satellite communications would remain strong. They cautioned, however that demand would be met with a mix of satellites of various sizes in various orbits.

“It’s very clear that we’re in a growing industry and there is an awful lot of excitement about what it is we do,” said Dan Jablonsky, Maxar Technologies president and CEO.

While the pandemic has depressed demand for certain types of communications, it has underscored the need for robust residential broadband services, said Chris Johnson, Boeing Satellite Systems International president.

As an example, Johnson pointed to his family’s broadband demand, which has increased fourfold or fivefold in recent months with three children attending school online.

Customer recognize their need for resilient communications. “That is a great situation for us,” Johnson said.

“We have a satellite that’s operating right now for a customer that’s integrated into a 4G LTE network,” Callahan said. “The seamless integration between satellite and terrestrial networks is something you’ll continue to see evolve and grow, particularly as we get into the 5G world.”

During the pandemic, companies were able to continue manufacturing, integrating and launching satellites with the help of digital tools.

When Thales Alenia Space shipped a satellite payload to Siberia but was unable to send employees to complete its integration, employees turned to remote surgery techniques and tools to perform tasks remotely that they normally would have performed on site, said Hervé Derrey, Thales Alenia Space president and CEO.

“At the end of the day, the integration worked perfectly,” Derrey said. “It was a success and the customer was very happy.”

Lockheed Martin has been working on the digital transformation of its satellite business for years. During the pandemic, the company has accelerated that process and applied it more broadly across the business, Callahan said.

For example, Lockheed Martin conducted a remote dress rehearsal for the OSIRIS REx mission touch-and-go, when the robotic arm made quick contact with the asteroid Bennu, Callahan said.

During the pandemic, Lockheed Martin also has been “inviting customers into our factories without them actually having to be there in person,” she added.

Still, the pandemic has created challenges for manufacturers and their suppliers.

Airbus is closely monitoring the health of suppliers through a watchtower program. Specifically, the company is keeping tabs on small companies that may experience problems but lack the tools to address them.

“A couple of them that are suffering at the moment,” Nasr said. “We will look at them. There is also a national plan to invest in those companies to keep them afloat.”